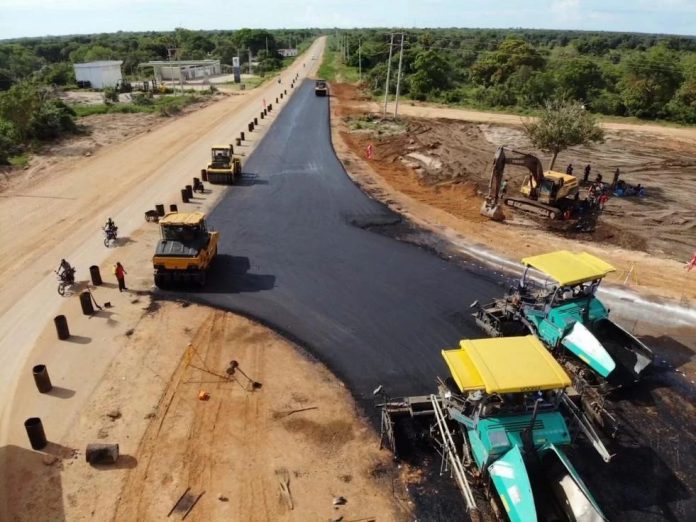 The World Bank Board of Directors has approved $750 million in International Development Association (IDA) to boost projects in Kenya.

The funds will help enhance movement of people and goods, digital connectivity and access to social services for over 3.2 million people living in the North Eastern Kenya where the Isiolo-Mandera Regional Road Corridor traverses.

Through the new operation – the Horn of Africa Gateway Development Project (HoAGDP) – the World Bank will finance the upgrading of 365 kilometers of the 740-kilometers Isiolo-Mandera Regional Road Corridor and 30km of spur roads, while the upgrading of the remaining sections will be financed by other development partners.

The HoAGDP will also finance the laying of a fiber optic cable along the entire 740-kilometer corridor with spurs to local communities; trade facilitation measures, such as border management systems and construction of border posts; the provision of basic socio-economic infrastructure for communities living along the corridor; institutional strengthening; as well as emergency response measures in case of a disaster or catastrophe during the life of the project.

“This transformative project will integrate the region and enhance security, inclusion, and a sense of equity, which the communities living in this underserved region of Kenya have desired for a long time. Successful implementation of the project will require the support of the leadership and communities of the region.”

The upgraded road, the fiber optic connections, and the provision of basic social services will attract investments, facilitate regional and domestic trade, create jobs, and improve information sharing and access to internet-based opportunities.

“Promoting equal opportunities across the country and linkages in the subregion will strengthen Kenya’s transformation from a low middle income to a middle-income country by 2030,” notes Keith Hansen, World Bank Country Director for Kenya.

“We believe that this investment, envisioned as a backbone project under the North and North Eastern Development Initiative, will contribute significantly to the Government’s efforts to ensure shared prosperity.”

The Kenya-HoAGDP is expected to take 6 years of implementation. The project is the first in a series of projects aimed at supporting the development of regional transport corridors and modal linkages under the Horn of Africa Initiative.

“Regional integration is fundamental for the countries in the Horn of Africa to create jobs and reduce poverty in an inclusive and sustainable way. The World Bank is a founding partner of the new Horn of Africa Initiative, launched in 2019 by the participating countries to deepen their cooperation and deliver development results for their populations”, says Deborah Wetzel, World Bank Director of Regional Integration for Sub-Saharan Africa, the Middle East, and Northern Africa.

“This new project launches the implementation of this Initiative and will fill a major gap in the connectivity of the region in terms of infrastructure and trade, and also by strengthening regional institutions to promote knowledge sharing and build human capital”.

The World Bank’s International Development Association (IDA), established in 1960, helps the world’s poorest countries by providing grants and low to zero-interest loans for projects and programs that boost economic growth, reduce poverty, and improve poor people’s lives. IDA is one of the largest sources of assistance for the world’s 76 poorest countries, 39 of which are in Africa.

Resources from IDA bring positive change to the 1.6 billion people who live in IDA countries. Since 1960, IDA has supported development work in 113 countries. Annual commitments have averaged about $21 billion over the last three years, with about 61 percent going to Africa.