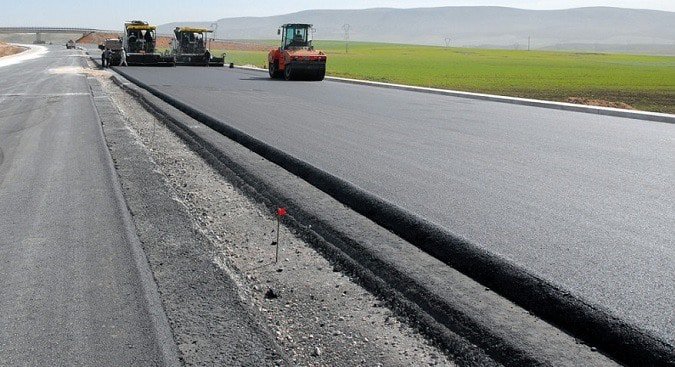 Mr  Ramaphosa recently hosted the Sustainable Infrastructure Development Symposium of South Africa (SIDSSA) and called on both private and public sector entities to invest in and unlock infrastructure development to stimulate the South African economy.

The President’s call was followed by a commitment from the Minister of Transport, Fikile Mbalula, that road infrastructure development would be a key contributor to South Africa’s economic recovery in the wake of the COVID-19 pandemic which had caused wide-spread economic destruction and loss of life.

SANRAL’s Engineering Executive, Louw Kannemeyer said the road agency had a portfolio of  what it called “shovel-ready” projects which would be implemented during the course of the 2020/21 Financial Year and beyond.

“In the current financial year, SANRAL has advertised 278 maintenance, operations and construction projects worth approximately R30.2 billion. So far 136 projects to value of R7.3 billion have been awarded,” said Kannemeyer.

It is also worth noting that 12 projects with an estimated value of R12.1billion had to be cancelled and retendered, largely due to non-compliant bid submissions that were received. This is one of the major contributing factors to the delay in awarding tenders.

“We recognise the frustrations of the industry and are engaging with regulatory bodies like National Treasury on ways to streamline our procurement processes to make them more efficient and ultimately to speed up the process of adjudicating and awarding tenders,” he added.

“We typically can receive as many as 60 tenders for a single project, especially on CIDB 6 projects (<R20 million) and all these are subject to various regulatory and compliance verifications to confirm that each bid is responsive. Some of these verifications involve external entities, resulting in numerous delays in finalising the processes.  The challenges are exponentially compounded under COVID-19 lockdown regulations, as some of these entities are not functioning at 100% capacity yet,” explained Kannemeyer.

President Ramaphosa noted during the SIDSSA that the success of an infrastructure development response, rests of the eradication of corruption and collusion, genuine transformation, complete transparency, unwavering accountability and unparalleled efficiency.

SANRAL’s track record is built on a portfolio of evidence of industry best practise, stringent quality control, transformation that changes lives for the better, and a national road network that serves as a key artery to keep South Africa’s economy turning.

Late last month, the Presidential Infrastructure Coordinating Commission Council issued a list of projects ranging from key water supply and irrigation developments to energy, roads, housing and fish-farming plans that will be given key priority in R2.3 trillion infrastructure drive.

In Kenya house prices drop as apartments get impetus