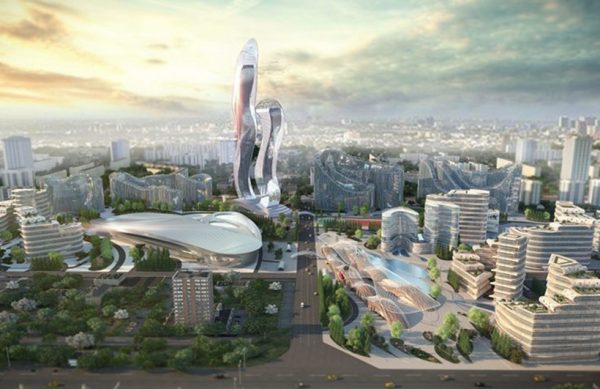 US based engineering and consulting firm KE International has been awarded the contract to build and Execute USD 6 Billion City in Senegal.

The singer says that the city will be 100% green. The crypto city is located on 2,000 acres near the ocean, less than an hour’s drive south of the new international airport in Dakar.

Akon City’s Phase 1 is expected to complete by end of 2023, and will see the construction of roads, a Hamptons Hospital campus, a Hamptons Mall, residences, hotels, a police station, a school, a waste facility and a solar power plant.

According to Akon city website Akoin is a cryptocurrency powered by a marketplace of tools and services fueling the dreams of entrepreneurs, business owners, and social activists as they connect and engage across the rising economies of Africa and beyond.

Akon City will also have parks, universities, schools, a stadium, hotels, and an industrial complex and will be fully completed by 2030.

Akon networth is estimated at $80 million dollars according to celebrity networth website.Known for songs like “Locked Up,” “Lonely” and “Oh Africa,” the Grammy-nominated rapper is more recognized as a business man than a musician these days.

KE International is known for the design and execution of the US $2 billion Mwale Medical and Technology City, a green City based in Western Kenya, which began in 2014 and is expecting completion in December 2020.

MMTC, which is 85% complete, was founded by a US based Kenyan entrepreneur and Investor, Julius Mwale. MMTC is anchored by Hamptons Hospital, a large 5000 bed referral hospital which opened to the public in 2019, and recently partnered with the AKOIN platform for its block chain based digital transactions.

The entire Hamptons Hospital will be completed by end of 2020 and is currently a reference center for COVID-19 prevention and treatment in the 14 County Lake Region Economic Bloc of Kenya, a region with a population of 16 million.