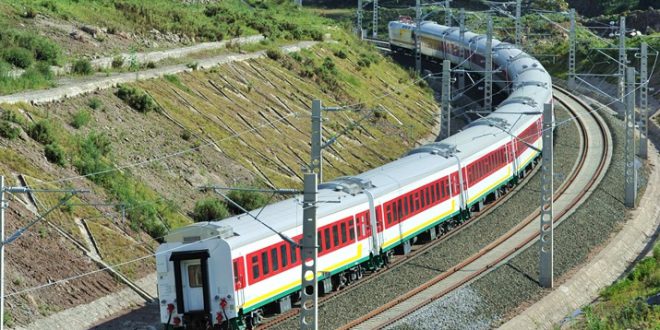 Ethiopia has become the fastest-growing economy in SSA, thanks to government investments in infrastructure projects which have enabled manufacturing and other industries.

The country’s rapid growth has been guided by the introduction of the Growth and Transformation Policy (GTP), a framework mainly focused on creating a conducive macroeconomic environment.

It has also been supported by close alliances with Chinese firms including
financial support from Chinese banks. Although Ethiopia’s robust GDP growth has averaged 9.9% over the past ten years to 2018, it moderated to 7.5% in 2018 somewhat owing to policy alterations, civil unrests and political instability.

Underpinning the high growth figures has been the construction sub-sector which expanded by 16% in 2018 and is also the largest industrial sub-sector in the country accounting for
71.4% of the industries sector.

For the past few years, Ethiopia has sustained its GFCF as a share of GDP spending above 30%, making it one of the top economies globally in terms of capital formation spend as a share of economic activity.

Based on the country’s robust infrastructural projects pipeline, the construction industry is projected to grow further in the medium term, with Ethiopia’s forecast to become the fastest growing construction market in SSA.

Several African countries are expected to increase their infrastructure investment spending in the near future. In Egypt, GFCF is forecast to reach 22.1% in 2023, stemming from rapid developments in the hydrocarbons sector.

Senegal and Ghana are projected to increase their investment spend to 35% and 24% respectively by 2023. This boost in GFCF spend is expected from both ongoing and planned investment projects in Transport and Energy & Power.

The World Economic Forum’s (WEF) Global Competitiveness Report ranks 17 of the 34 SSA economies analysed in the report in the bottom 20 of 140 countries. SSA as a region, registered a low average score under Innovative Capability (28.4 out of 100) and Information and Communications Technology (29.6 out of 100).

Promisingly though, the overall number of tech hubs in Africa has increased by over 50% since 2016 to 442.33 But clearly more needs to be done. African economies will need to
rethink digital infrastructure requirements as the 4IR takes hold globally, further eroding the competitiveness of countries that are not investing in digital.