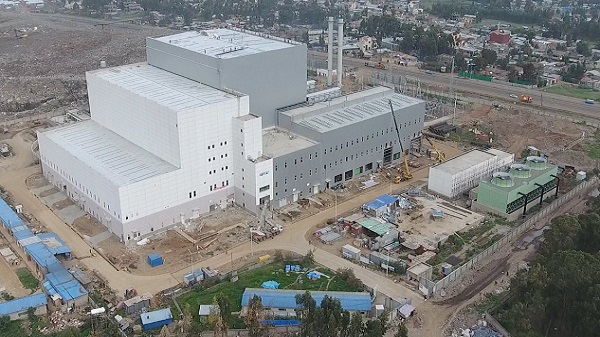 Ethiopia has on Sunday inaugurated Africa’s first waste-to-energy plant in what President Mulatu Teshome says is part of the country’s investment in energy to enable it achieve the aim of becoming an environmentally friendly industrialized middle-income economy by 2025.

The Reppie project is located at Koshe dump site.

“Reppie waste-to-energy project is part of that grand strategy.”

Apart from boosting Ethiopia’s energy capability, the country also hopes that the waste to energy plant will help tackle the urban rubbish menace.

United Nations Environment Programme says that the Reppie project is set to transform the Koshe Dump site and revolutionize the entire city’s approach to dealing with waste.

The plant will incinerate 1,400 tons of waste every day – that’s roughly 80 per cent of the city’s rubbish – all while supplying Addis with 30 per cent of its household electricity needs and meeting European standards on air emissions.

In waste-to-energy incineration plants, rubbish is burned in a combustion chamber. The resulting heat is used to boil water until it turns to steam, which drives a turbine generator that produces electricity.

The plant adopts modern back-end flue gas treatment technology to drastically reduce the release of heavy metals and dioxins produced from the burning.

This kind of energy generation system is more popular in Europe and in cities with limited land. France leads in the area with 126 waste-to-energy plants whiles Germany and Italy follow with 99 and 40 respectively.

In recent years, Ethiopia has spent significant amount of resources in developing energy projects to meet demand in a country where majority of citizens lack electricity. The country is constructing a huge hydro-power plant on the Nile which is set to be the biggest in Africa once operational.

The country plans to increase its energy production capacity from the current 4,200 MW to about 17,300 MW by 2020 much of which should come from hydro, wind, geothermal, solar and biomass.