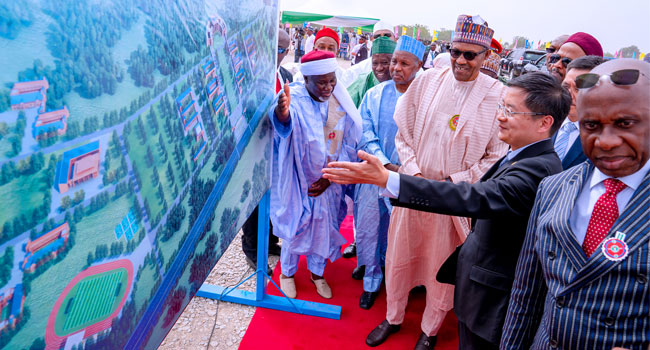 Nigeria has started the construction of a specialized academic institution on a 413-hectare of land in Daura in the northern state of Katsina.

When completed, the University of Transportation  will focus on research and development of human capital for the country’s transport sector. It is expected to mark a new level of growth, as well as economic and educational development in Africa’s largest economy.

Nigerian president Muhammadu Buhari said the university would be the first of its kind in Africa, and one that will provide technical skills, enhance managerial capacity and pave way for innovation in Nigeria’s transport system, as well as create more job opportunities.

He said the local transport sector in the country was in dire need of new thinking, skills, and investment, further assuring that the university will open up opportunities for economic growth.

“When established, the university would, among other things, pave way for the domestication of railway engineering and general transportation sciences in Nigeria, thereby bridging the technology and skill gap in the railway and ultimately transportation sector,” the president said.

He described the project as one which keys into the efforts of the Nigerian government “toward promotion and development of indigenous capacity through technology acquisition and knowledge transfer to effectively maintain and operate numerous railway infrastructure”.

The completion of the university’s construction is expected within 18 months.

Rotimi Amaechi, Nigeria’s transport minister, told Xinhua in an interview that the project would go a long way to enhance the existing bilateral relationship between China and Nigeria, as well as encourage patronage of local content.

Speaking at the groundbreaking ceremony which had several top government functionaries in attendance, Zhou Pingjian, the Chinese ambassador to Nigeria said the establishment of the University of Transportation was part of the ongoing effort of the Nigerian government to promote and develop the local capacity through technology acquisition in the rail transport sector.

Zhou also said China remained committed to working with Nigeria to implement the outcomes of the 2018 Beijing Summit of the Forum On China-Africa Cooperation and advance the Belt and Road Initiative for common development.

In addition to the university’s construction, the CCECC is also currently training at least 150 young Nigerian students in railway engineering in China, as well as building a railway rolling stock assembly plant in Kajola, a town in the southwestern state of Ogun.

In an interview with Xinhua, Jiang Yigao, the managing director of CCECC Nigeria Ltd, which has been in operation in Nigeria since 1981, said the university project was done to fully establish the railway industry in the west African country. The Chinese firm has been handling most of Nigeria’s major railway projects, including the flagship rail modernization project.

“During the construction of Nigeria’s railway projects, we thought it was very important to train people, to transfer technology and to develop the industry of railway,” Jiang said.

“This transportation university can reach this target. The railway is in huge demand in Nigeria, especially for economic development,” he added.