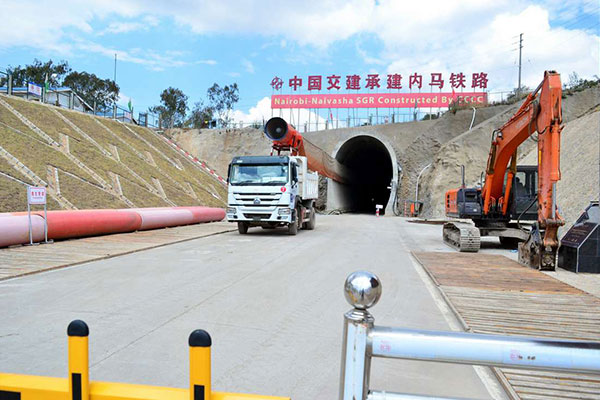 Steve Zhao from CCCC says that the railway tunnel at Em-Bulbul in Kajiado County is expected to be completed in August.

“Our engineers are working round the clock to ensure that the section is completed in the next five months,”he said.

“So far 1.2km is complete from the exit end, 0.8km from the entry side of the tunnel and 0.5km from the mid-section. The construction is taking place simultaneously to ensure that we complete all the work within the stipulated time,” he added.

With a length of 4.5km the contractor says the rail tunnel is one of the longest in Africa.

Late last years, another Chinese firm, China Railway Construction Corporation Limited working on a rail tunnel in Algeria announced that it had finished cutting through the longest railway tunnel in North Africa, a major breakthrough for the project that had been underway for years.