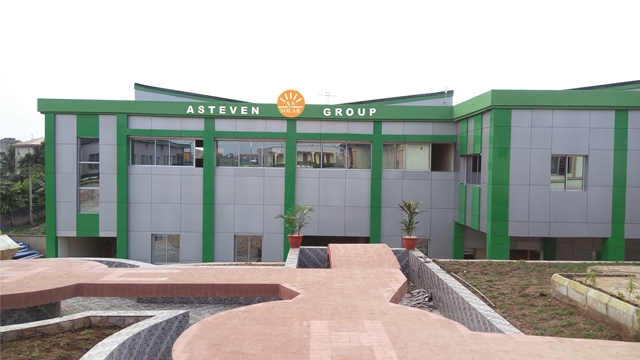 Leading supplier of green technology and services in Nigeria ASTEVEN Group has unveiled the first renewable energy academy in sub Saharan Africa, which it says will train students on renewable energy  technologies.

Commenting on the need for the academy, Managing Director and Chief Executive Officer of ASTEVEN Group, Dr. Sunny Akpoyibo said that was borne out of a necessity to develop local capacity, change the course of power access in Nigeria and increase job creation.

Dr.  Akpoyibo said that the renewable energy academy, located along Lagos-Ibadan Expressway, its arguably the first of its kind in Sub Sahara Africa aimed at supporting the rapidly developing markets for renewable energy and energy efficient industry.

But Dr.  Akpoyibo expressed concerns over the huge Nigerian population that is yet to enjoy modern form energy.

“About 60 percent of Nigerians still do not have access to modern forms of energy. It is also worrisome that about 94 percent of the population with access depends hugely on fossil fuel generators, kerosene and wood fuel,” he said.

With an ever increasing population, Nigeria like any other African country is playing catch up in terms of connecting its people with electricity.

“Africa has long been the least electrified, and power there cannot keep up with population growth. Those disparities won’t disappear without policies encouraging both private and public investment,” says Senior Director and Head of Energy and Extractives at the World Bank, Riccardo Puliti.