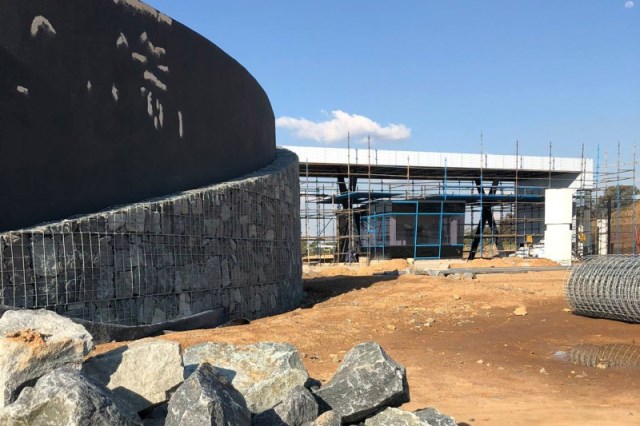 South Africa property developer Atterbury says construction has kicked off in earnest for Old Mint Park an industrial development located along the N1 in Samrand.

The ZAR 800 million development is a joint venture between Atterbury and Old Mutual Properties.

The first building under construction is a 10 000sqm multi-tenant warehouse and office building, providing space for up to eight tenants of anywhere between 500sqm and 2 500sqm in a secure business park.

The second is a new 4 500sqm warehouse and office building for XON who are relocating from their existing premises in Corporate Park North.

“The first lease signed on Old Mint Park was with Fortuna Foods, who’ll be taking up a unit in the Old Mint Park Business Unit development. They will be trading from the facility from October 2018 when all units are due to be complete and available,”

On the park’s special features, Mr Pauts explains, “We place a lot of value on the security of a business park and Old Mint Park will feature the latest in CCTV, access control and intruder-detection systems. Old Mint Park will also offer high-speed fibre access to all tenants.”

The project’s biggest competitive edge however is its location. It is positioned centrally between Johannesburg and Pretoria, where Midrand meets Centurion.

It enjoys excellent frontage on the busiest stretch of highway in Southern Africa and is conveniently situated between the N1 – Brakfontein interchange, Old Johannesburg and Pretoria Main roads, and the Samrand on- and off-ramps.