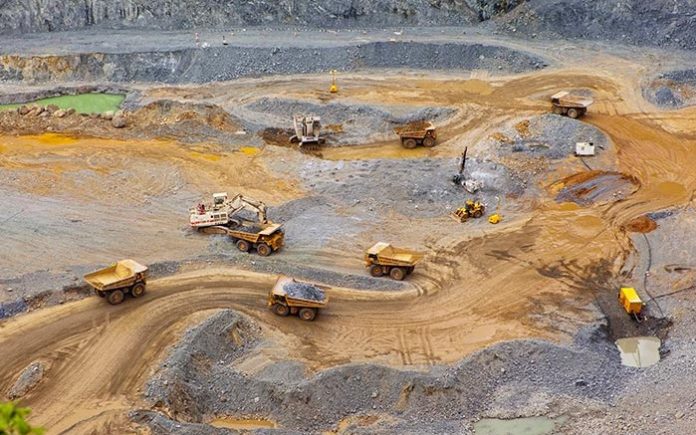 Tanzania’s GDP grew 6.8 per cent year-on-year in the third quarter of 2017 compared to 6.2 per cent in the same period the previous year mainly supported by mining and gas, and construction sectors.

Data from the National Bureau of Statistics shows that Tanzania’s construction sector recorded 10 per cent growth from $606.5 million in 2016 to $672.9 million in 2017, as a result of infrastructure projects, including new roads and the standard gauge railway.

Mining in grew significantly thanks to government move last year to change mining laws and review its agreements with miners in the country in a bid to ensure that Tanzania benefits from the industry. Mining and quarry netted $216.6 million, up from $179.3 million in 2016.

Diamond output nearly doubled to 88,943 carats, compared with 47,586 carats in the corresponding period in 2016, due to growth in mining activities.

Big gas discoveries offshore – still several years away from major exports – have drawn in more investors, both in the energy industry and other sectors looking to find a foothold in a expanding market.

Despite reserves of over 57 trillion cubic feet (tcf) of natural gas, Tanzania faces chronic power shortages due to its reliance on hydro-power dams in a drought-prone region for about a third of its 1,570 MW of installed capacity.

But the International Monetary Fund (IMF) says that while Tanzania’s GDP data points to continued strong growth, other data suggests a weakening of economic activity, with tax revenue collections lower than expected and stagnant credit growth.

Inflation remained moderate, and international reserves have increased substantially, it said. The IMF notes that, after recording a small fiscal surplus in July-September against a programmed deficit, the Tanzanian government planned to step up budget implementation, particularly in development spending.

It said strong growth and job creation were needed to address high poverty and a large number of underemployed young people.