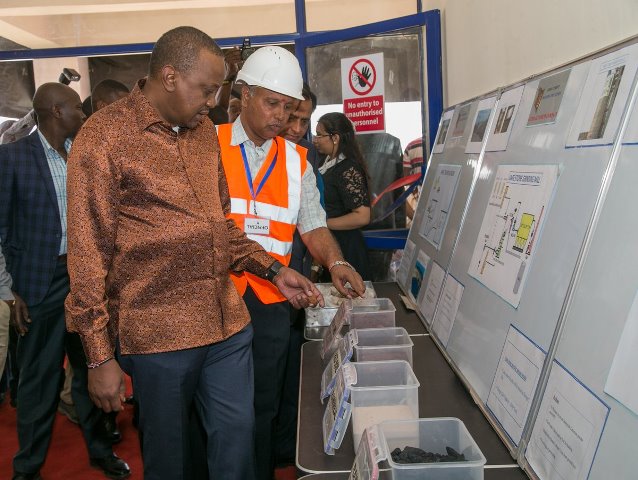 Devki Group of Companies Chairman Narendra Raval says the new plant will help provide over 700 new direct jobs to Kenyans and to “play a role in reducing general cement prices in the country.”

The clinker plant, which has  a capacity of manufacturing 1.2 million metric tonnes per year is as a result of $280 million investments. A 15 Mega Watt power plant has also been constructed alongside clinker plant located between Merrueshi and Mbirikani in Kajiado County.

Speaking during the inauguration of the National cement plant, Kenyan president Uhuru Kenyatta said that apart from job creation, the factory will help reduce cement prices in the country.

“This will strengthen the country because it will make it far easier for us to achieve our target of half a million new homes for Kenyans,” the President said.

Read:AfDB approves grant for waste to energy plant in Kenya

“Construction of a new cement plant will further bring down the prices while reducing the long distances lorries cover to deliver cement to Kenyans at their doorstep,” notes Mr Raval.

Kenya’s Industrialization and Enterprise Development Cabinet Secretary Adan Mohamed said the completion of the clinker plant in Kajiado is a demonstration of what local investors can do to boost the country’s economy.

“The government, is working with the private sector to promote the local production of manufacturing materials like clinker that is currently imported,” said Mr Mohamed.