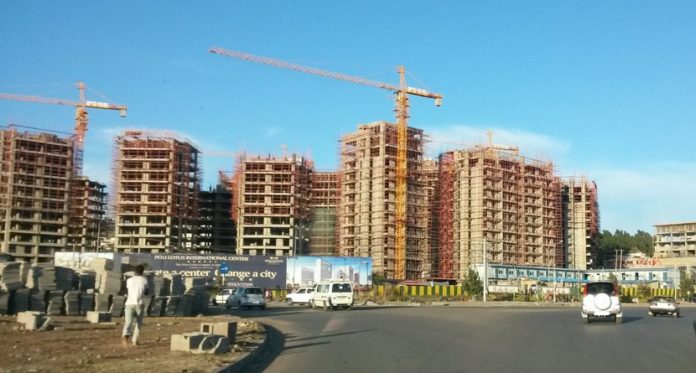 Ethiopia, noted Deloitte, was currently building the Grand Ethiopian Renaissance Dam at a cost of Sh4.1 billion as well as the Kyosha Hydroelectric Dam at Sh2.8 billion. Ethiopia is also working on the Awash-Woldia-Hara Gebeya Rail Project.

The Africa Construction Trends Report 2017 also reveals that the total number of projects in East Africa has risen by a substantial 65.1% between 2016 and 2017 while the increase in the total US dollar value of projects has been much lower, but still considerable at 20.7%.

The transport sector accounted for more than half of mega projects this years observes the report.Currently,  27 Road & Bridge projects are underway in East Africa. Energy & Power projects are also significant, accounting for nearly a quarter of all projects in East Africa.

Transport and energy supply and access are integral to the East African Community’s (EAC) Development Strategy.As a result, various cross- border projects are currently underway including the construction of the 1,672km standard gauge railway linking Rwanda, Burundi and Tanzania.

The completed mega projects, valued at US$7.6bn (although construction has not yet started on all sections), will provide both freight and passenger services between Dar es Salaam and Kigali and forms part of the Central Corridor.

In addition to the Central Corridor, the LAPSSET (Lamu Port, South Sudan, Ethiopia Transport) Corridor and Northern Corridor projects will aid regional integration in East Africa and it is anticipated that these large-scale cross-border projects will drive both intra-regional and international trade.

LAPSSET includes port projects, highways, railways, an oil pipeline and airport projects. The East African Power Pool (EAPP) aims to create a fully integrated and operational regional power market and many projects currently under construction will feed into this.

Governments continue to own the vast majority of projects (90.1%). Roughly, only one in 10 projects are not Government-owned. East Africa is one of the regions where Governments are most proactive in driving projects through both national and regional infrastructure development plans.

Private Domestic firms only own 4.2% of mega projects. Private firms from China, Singapore, the UAE and the US own the remaining 5.6% of projects in East Africa.However, Governments only fund 15.5% of projects.

The latest report also make an interesting observation that China remains most prolific funder of large-scale construction projects in East Africa, financing one in four projects in the region. International DFIs follow with 19.7%, and have overtaken African DFIs, which fund 16.9% of projects.

That Ethiopia is engaged in high value construction projects explains why the country is now the largest economy in East Africa overtaking Kenya that has held the position for years.