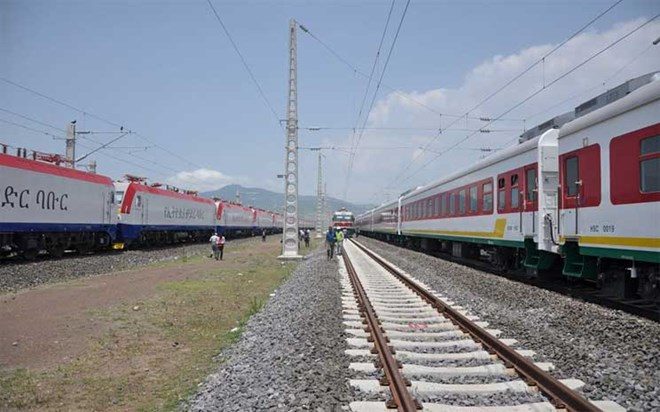 The revival of railway connectivity is one of Africa’s top priority, African Union (AU) Commissioner for Infrastructure and Energy, Abou-Zeid Amani, affirmed Friday.

addressing the media on the sidelines of the 30th AU assembly of heads of state and government at its headquarters in Ethiopia’s capital Addis Ababa, Mr Amani added that railway connectivity is one of AU’s flagship projects.

‘I urge for implementation of AU’s Vision 2040 for Railway Revitalization in Africa that was adopted by the AU member states in June 2014,” he said.

Part of this programme include the creation of an integrated high-speed train network that connects all African capitals and commercial centres on the continent, facilitating the movement of goods, people and services.

Compared to other continents, Africa is the least interconnected thus hampering trade.

“Until we begin to connect our countries, our trade will not be meaningful in terms of making a dent in the development that we need to undertake,” says Adama Deen, Head of Infrastructure at NEPAD.

In recent years, rail construction has picked pace in some parts of the continent. In East Africa for instance, Kenya has completed the first phase of its standard gauge railway(SGR) running from the Coastal city of Mombasa to the capital Nairobi and has embarked on the second phase.

Ethiopia on the other hand has inaugurated a major railway line connecting the landlocked country to Djibouti. The railway line links the capital Addis Ababa, to the Red Sea port of Djibouti – a stretch of more than 750km (466 miles).

Uganda, is planning its own SGR which it hopes will help boost trade and movement of people in the county.

Head of Uganda SGR project Kasingye Kyamugambi  says that Uganda traders are losing up to $1.2bn annually on transporting their goods from the Mombasa to Kampala.

Rwanda and Tanzania on their part have agreed on joint construction of a Standard Gauge Railway (SGR) from Isaka (northwestern Tanzania) to Kigali in Rwanda.In majority of this projects, China is taking the lead role.