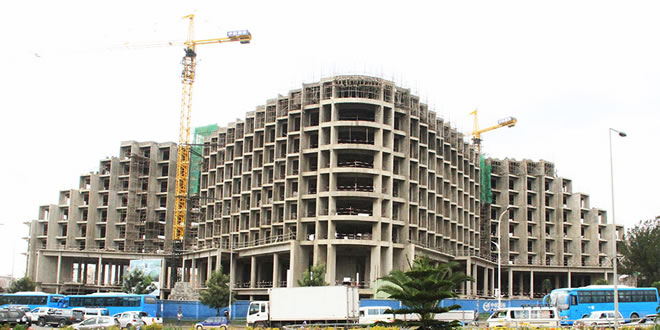 Ethiopian Airlines, one of the most profitable airlines in Africa is constructing a mega hotel in the capital Addis Ababa that is set to cost US$91 million, a statement from the carrier has said.

The 637-key five-star hotel near the Millenium Hall will have a duty-free shop, cultural shop, an aviation museum and parking lots built on a 22,410sqm plot of land.

The airline is also constructing another hotel at the same place bringing total number of rooms to be operated by the Airlines to 1,110. The two hotels will lie on a combined 42,410sqm plot of land.

Completion of the project is expected within two and half years after awarding the contract.

Ethiopian Airlines believes that the hotel will provide a good environment for tourists besides accommodating passengers during transits, layovers or technical delays.

Ethiopian Airlines is one of the most profitable airlines in the continent and has won several accolades in the recent past including African Airline of the Year in 2015 and 2016 by the African Aviation.

In 2014 it was ranked the largest in Africa in revenue by the International Air Transport Association (IATA).

The airline reported a 70 per cent jump in full year 2016 net profit to $265 million boosted by an 18 per cent increase in passenger numbers over the period.

A PwC report released last year reveals that the Hotel industry in Ethiopia is expected to be a major beneficiary from the promising economic outlook of the country.

In a report titled “Opportunities Abound for Foreign Investment in Africa’s Hospitality Sector”, PwC notes that Ethiopia is set to boost investment in the hospitality sector in order to generate more foreign earnings.