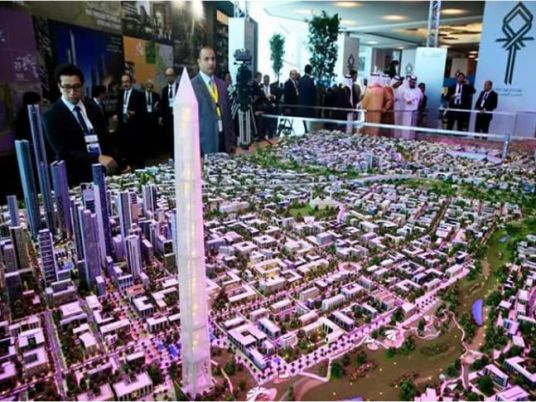 Since its official launch in October this year, work on Egypt’s new administrative capital is in top gear.

The project is located 40km to the east of Cairo, between roads connecting the metropolis to the canal city of Suez and the Red Sea resort town of Ain Sokhna. The new capital is expected to draw a population of 7 million people in its first phase.

Mooted in March 2015, the new administrative capital is part of Egypt’s plan to expand urban areas to deal with the country’s rapid population growth rate and improve the nation’s infrastructure.

With its 18 million inhabitants and constant traffic gridlock, Greater Cairo is expected to see its population bulge to 40 million by 2050, government figures show.

The city will also be home to an international airport, public gardens and parks that total 35 square kilometre (dubbed the Green River) and a residential district offering a total of over 23,000 units. There will be an office park of skyscrapers that will house a 345 metre-long high-rise, the tallest in Africa.

Already firms have expressed interested to invest in the new administrative capital.Orientals for Urban Development (OUD) is one such company.

OUD is targeting to obtain lands in the new Administrative Capital and the City of the Future, as well as Upper Egypt and Nile Delta to establish various residential and integrated services projects.

The new administrative capital in Egypt is expected to be a smart city using modern technologies for all services on site.

But critics think that the new administrative capital is politically motivated rather than improving lives.