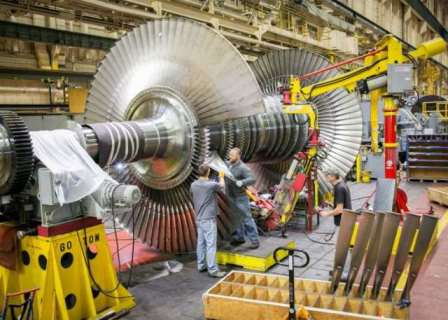 The firm says the move is aimed at saving $1 billion in 2018 at its Power business.

A statement from the US company says that it expects demand for fossil fuel power plants to dwindle further in the coming months.The move comes in the backdrop of increased global shift to renewable energy sources for instance solar and wind.

The GE Power division like Alstom’s power and grid businesses which makes turbines and other equipment for gas and coal-fired power plants have been hit since the 2015 deal by the rise of renewable energy.

“Traditional power markets including gas and coal have softened,” GE said on Thursday, explaining the decision for the job cuts,” said Mr Stoke.

While GE did not elaborate further on the job cuts which it says represents 4% of its total workforce, the company did confirm that Europe will be mostly affected.

Rumors of sweeping job cuts were confirmed by labor union sources on Wednesday, with staff in Switzerland, Germany and Britain among those badly hit.

But GE said the cuts were essential, since sales of new power plants are falling. Industry estimates expect sales of about 110 to 120 new gas-powered turbines a year, but capacity at GE and other major suppliers is about four times that.

“This decision was painful but necessary for GE Power to respond to the disruption in the power market, which is driving significantly lower volumes in products and services,” said Russell Stokes, head of GE Power.

The shifting energy market has not only affected GE. Last month its German-based competitor Siemens announced it would cut 2% of its global workforce, amounting to 6,900 jobs, in response to governments and companies shifting from fossil-fuel power plants to renewables.

GE hopes that demand for natural gas will make up for falling interest in coal in the coming years.