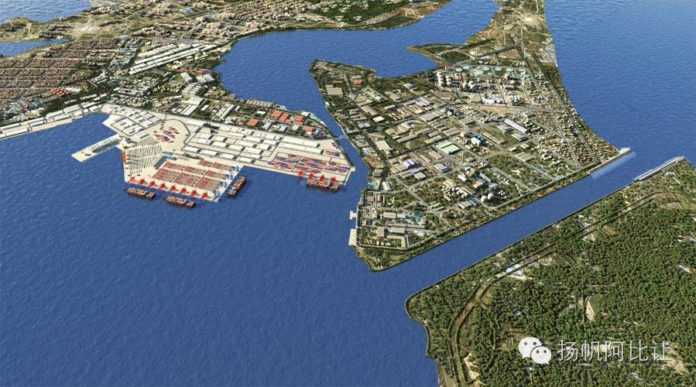 In Ivory Coast, the Port of Abidjan is undergoing an elaborate expansion with the aim of cementing its position as one of West Africa’s leading commercial hubs.

A second container terminal is also being constructed to increase the port’s cargo capacity. The goal is to be able to host larger, new generation vessels, regardless of their size.

Speaking to Euronews Hien Yacouba Sié CEO of the Autonomous Port of Abidjan said that when the project is complete the port of Abidjan will be able to accommodate ships carrying 14.000 containers.

“Here at the port of Abidjan, we can accommodate vessels with a draft of up to 11,5 metres, that is to say no more than 3.500 containers,” he said.

The project is being spearheaded by Chinese group, the China Harbor Engineering Company. Already huge huge concrete blocks are being built on site that will make up the wharf. The new terminal will spread over land gained on the lagoon.

Deputy Project Manager Zhibin Zhang  says that  due the the size of the project about 50 vessels are being used for the construction work.

“We’ll transport these blocks to the port by boat, and we’ll align them to build the quay line,” he tells us.

The project is scheduled for completion in August 2019. More than half of the work is already done. The cost is estimated at cost just over one billion euros.

The ports of Abidjan was constructed in 1950 but has been facing the challenge of congestion. expansion work was launched two years ago to rectify the problem.

The port is one of the busiest in Sub Saharan Africa  serving landlocked countries like Mali, Burkina Faso and Niger. Every year more than 20 million tons of goods transit through the port. That is set to grow after work is completed to widen and deepen the Vridi channel leading to the main port.