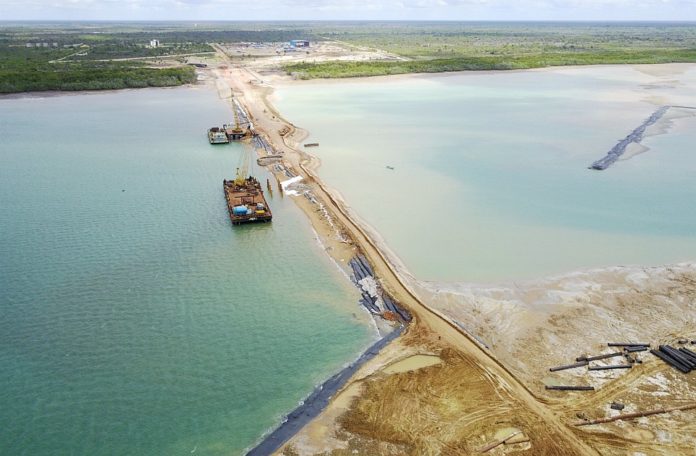 Kenya has embarked on the construction of Lamu-Isiolo road at a cost of Ksh62 billion.It follows the signing of a contract between the country’s road agency KeNHA and  South Africa’s construction firm Group Five Construction Proprietary Limited.

Kenya hopes that the 530km road will be instrumental in developing 10 towns that are along the corridor as well as ease transport of cargo from the Lamu Port.

The road will significantly improve access and inter-connectivity between Kenya, South Sudan, Ethiopia and Uganda.

Cabinet Secretary for Transport and Infrastructure James Macharia said that the Lamu-Garissa-Isiolo road project is expected to commence next June with completion set for 2022.

Read:First berth of Kenya’s Lamu port to be completed in mid 2018

“We are starting the implementation of the development of that corridor, we are opening that corridor of northern Kenya completely that means the growth of this country would be massively enhanced,” he said.

Group Five chief executive Thambo Mosai said the partnership was a show of confidence in Kenya and promised to involve local sub-contractors and labourers throughout the project.

“We will utilise Kenyan sub-contractors and workers in the process just as big companies in South Africa do,” said Mr Mosai.

Lapsset chairman Francis Muthaura hailed the agreement, saying the highway was an important outlet that would make it possible to take cargo to the hinterland and even to neighbouring countries of South Sudan and Ethiopia.

The road would start in the port city of Lamu and proceed in a northwesterly direction through the town of Bura, Tana River County, and continue on to the town of Garissa.

At Isiolo, the road will link with the Isiolo-Lokichar Road, which is also planned.

1USD is equivalent to 103 Kenya shillings.