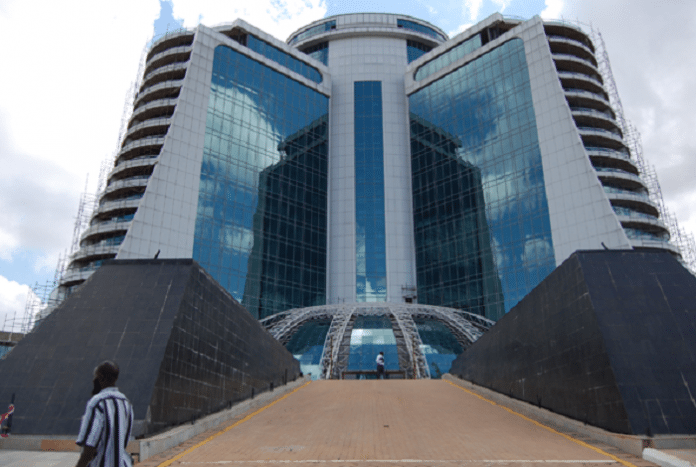 President Yoweri Museveni has commissioned the tallest hotel in Uganda at a colourful ceremony held in Kampala. The Pearl of Africa Hotel is the tallest completed building in Uganda.

With 22-floors, the hotel has nine meeting rooms, two boardrooms and a business center. The extensive conference and meeting facilities reflect the hotel’s strong focus on the business travel market and event tourism.

Speaking at the ceremony, Museveni said that the 5-star Pearl of Africa Hotel will create thousands of jobs to the youth. He thanked Aya Brothers who invested on the hotel saying it will be a boost for tourism in Uganda.

“This hotel is going to create thousands of jobs and has over 300 rooms, thus improving our tourism sector,” Museveni said.

Construction of Pearl Hotel started in 2006 and was expected to run under the Hilton brand. But the tallest hotel in Uganda changed tune and partnered with Sovereign Hotels, a South African based brand which will now manage it.