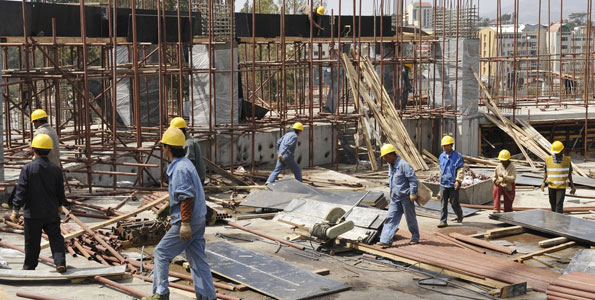 Chinese firm Libo Construction Company Limited has entered the African market a move that CEO Tang Guozhong calls a ‘giant leap’ for a firm that was formed in 2006.

Mr Tang said that the company that will be based in Ethiopia will be looking to take advantage of opportunities arising from mega projects such as the Belt and Road Initiative.

The Belt and Road initiative is a Chinese brainchild mooted in 2013 to promote trade, financial integration, infrastructure inter-connectivity and people-to-people exchanges between Asia, Europe and Africa

Last year, it worked with several domestic companies to jointly build a high-voltage power line project in Ethiopia. The 237-km-long line was completed in August, four months ahead of schedule.

Libo Construction hopes that the quality of work it displayed in Ethiopia will give them impetus as it moves to the country.

“We have shown we are capable of contracting international projects and will continue our global push,” said Tang.

A report by global consulting firm McKinsey  released June shows that China’s involvement in Africa is bigger and more multifaceted than previous studies have suggested.

According to the report There are already over 10,000 Chinese firms operating in Africa — four times the previous estimate — and about 90 percent of them are private firms, of all sizes and operating in diverse sectors.

These firms are bringing capital investment, management know-how and entreprenuerial energy to the continent, and in so doing, are helping the development of Africa, the report said.