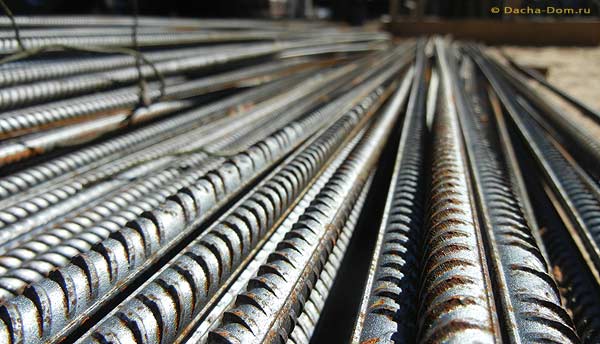 The price of steel rebar prices in Egypt has increased rapidly over the past three months, with price instability causing concern within the construction sector, resulting in possible knock-on effects for both companies and consumers, say officials.

According to the housing ministry, steel rebar prices increased from an average of EGP 9,700 per ton in June to EGP 10,350 in July. The price on 9 August hit EGP 10,900 per ton, according to a report in Al-Ahram news website.

The figures suggest a 12.37 percent increase over the three-month period.

The most recent increase followed the 9 August decision by Ezz Steel to raise its prices to EGP 11.050. Ezz is one of the biggest steel rebar manufacturers in Egypt.

Ahmed El-Zainy, the head of building materials at the Cairo Chamber of Commerce, told Ahram Online that prices have been rising more rapidly than usual over the past few months.

The increase in steel rebar prices should occur once per month,” said El-Zainy. “Now it’s taking place once per week, or on a semi-daily basis. This confuses the market and causes great harm, not only to construction companies, but also to citizens.”

However, Mohamed Hanafy, director of the Cairo Chamber of Metallurgy at the Egyptian Industrial Federation, told Ahram Online that the recent price rise is normal, because Egyptian rebar prices are affected by the global metals market, which tends to fluctuate.

“The cost of steel for contractors has only risen by 10 percent, which will not affect construction costs,” Hanfay said.

According to housing ministry figures, a similarly steep price rise occurred during the same three-month period last year. Average prices rose from EGP 5,700 per ton to EGP 6,300 per ton between June and August 2016, representing a 10.5 percent increase.

Industry figures show a near-doubling of rebar prices in the past year, likely due to a number of factors, both domestic and global.

In March, major steel producer China announced that it would be cutting output to curb excess supply and tackle pollution, with a resulting increase in global rebar prices.

Such global factors are set against a period of steep inflation within Egypt since November 2016, accompanying the floatation of the Egyptian pound.

The Egyptian government’s tariffs policy has also played a part. On 6 June, the government imposed import tariffs on steel from China, Turkey and Ukraine for a period of four months – setting rates of between 17 and 27 percent, to counter dumping practices.

The following week, steel prices jumped about 17 percent on the domestic market.

Mahmoud Askalany, director of the Association of Citizens Against High Prices, says the tariffs policy has not only caused concern within business circles, but also with consumers.

“The association is seriously considering, with a number of legal experts, to appeal against the decision in the coming days,” he told Al-Ahram Arabic news website last week.

El-Zainy, from the Cairo Chamber of Commerce, is also concerned about the impact of the tariffs policy.

However, he identifies a range of contributoary factors, including the absence of government oversight on steel manufacturing firms, such as the three or four companies that control almost 70 percent of production. He also points to the global rise in the prices of raw materials for steel production.

Hanfy admits that rebar prices have increased, but he says this is based mostly on global price increases, up by around $140 per ton since May.

He said the increases seen in the Egyptian market were less than those seen globally. However, he said that more local increases are expected in the future.

Egypt produced 7 million tons of steel in 2016, while the maximum capacity of the factories is around 11.5 million tons, Hanafy said.

El-Zainy points to several policy options available to the government to fix the current situation.

“To combat monopolies in the steel market, the state should open the market to new companies, encourage small firms to grow, and allow steel imports to achieve balance,” he said.

“And, finally, the state should establish a national firm to produce steel, with the partnership of the private sector, in order to meet the local market’s needs.”
Source:Ahram Online 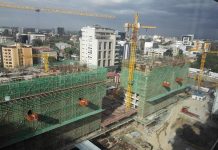 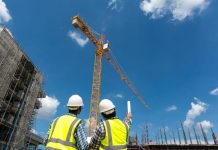 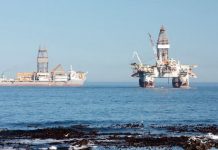 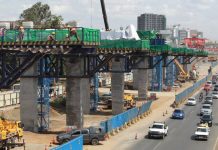 Construction projects in Africa decline as Covid-19 takes its toll