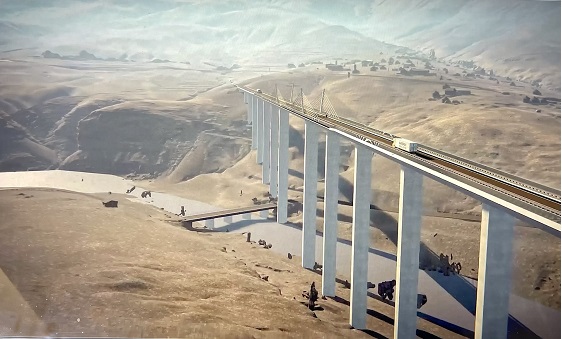 These milestone awards mark the start of the final lap of the water transfer infrastructure construction. Work on the multibillion Maloti contracts commences in November and December respectively, and commissioning is expected in 2028.

“This is an exciting moment for the Project and the LHDA. With our experience in successfully delivering large and complex infrastructure projects, we are confident that we will deliver quality engineering showpieces even as we carefully manage impacts on people and the environment,” confirmed Tente Tente, Chief Executive, LHDA.

“Both joint ventures include Lesotho, South African and international companies in keeping with Article 10 of the Phase II Agreement.” “Training young professionals and LHDA staff for the purposes of operating and maintaining the dam and tunnel is part of the skills and technology transfer element of the projects,” added Ntsoli Maiketso, Phase II Divisional Manager, LHDA. The contract amount for the Polihali Dam is approximately M7.68 billion.

Notice of Award will be published on the LHDA website as per norm, which will include other bidders and how they performed. Construction will be supervised by the Matla a Metsi Joint Venture, comprising GIBB (South Africa); MPAMOT Africa (South Africa); Tractebel Engineering SA/Coyne et Bellier (France) and L YMA Consulting Engineers (Lesotho).

Notice of Award will be published on the LHDA website as per norm, which will include other bidders and how they performed. Construction will be supervised by Metsi a Senqu-Khubelu Consultants (MSKC) joint venture. MSKC comprises Lesotho-based FM Associates and South African firms Zutari South Africa, Hatch Africa, Knight Piesold and SMEC South Africa, the main JV partners.

The Polihali Dam is a concrete-faced rockfill dam, like the majestic Mohale Dam which was constructed in Phase I of the LHWP. It will create a reservoir on the Senqu and Khubelu rivers with a surface area of 5 053 hectares.

The infrastructure also includes a spillway, a compensation outlet structure and a mini-hydropower station. The Polihali Transfer Tunnel will transfer water by gravity from the Polihali reservoir to the Katse reservoir, the centrepiece of the LHWP.

From Katse, water is transferred via the delivery tunnel to the ‘Muela Hydropower Station constructed in Phase I, and then on to the Ash River outfall outside Clarence in the Free State on its way to Gauteng.

The envisaged transfer tunnel will be approximately 38 kilometres long with a nominal bore of five metres. Both tunnel boring and drill and blast methods will be used to excavate the tunnel.

Procurement for the design and construction superv1s1on of the Oxbow Hydropower Scheme, also critical to Phase 11, has recently started with March 2023 as deadline for the submission of bids for engineering, environmental and social consultants. Phase II of the Lesotho Highlands Water Project builds on the successful completion of Phase I in 2003.