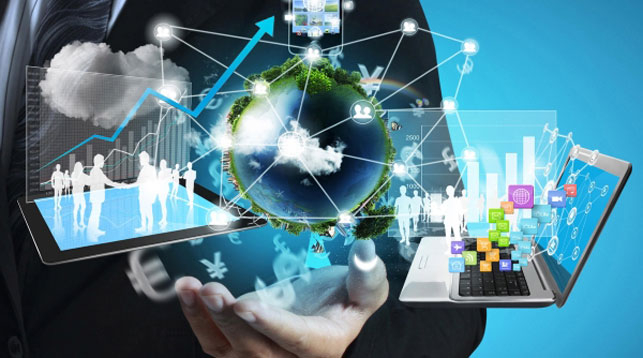 The current growth of the South African digital economy is estimated at R 59 billion or 2% to 16% of South Africa’s GDP.

To fix the issue of South Africa’s digital economy only contributing to a small percentage of the national GDP, the government and leading technology companies must implement better infrastructure and introduce a plan to increase the rate at which South Africa develops digitally.

South Africa is being left behind on the journey to digitization

Like other countries in the EMEA region, South Africa are often lacking automation and connectivity within manufacturing processes and often will not implement any form of digital upgrades past a medium level of supply chain integration.

Unfortunately, while already being left behind in digitalization, EMEA company’s investments within digital ecosystems and new technologies result in only 12.7% in digital revenue over the next five years, compared to the 16.6% growth among Asian companies.

Steps South Africa Must Take to Improve Their Digital Economy

The benefits of access to the internet within a digital economy will only occur once a mass of at least 20% of a country’s population is online.

Currently, only 50% of South Africans have access to the internet, excluding the other 50% of the population from online marketplaces, online news forms, labor opportunities, and entertainment services.

New policy interventions that need to be implemented to improve the growth of the digital economy need to target and combat inequality directly.

When more people are connected to the internet and online world, a trend of digital inequality is increasing. Unfortunately, the rising shifts in income and a decrease in mid-level jobs within South Africa suggest that the benefits that may come from digitalization may not be shared equally without significant policy interventions.

The policy solutions South Africa needs to implement must directly address the country’s inequality. However, implementing any kind of ‘forced’ policy intervention requires embracing the difficult task of designing the policy and ensuring that these policy interventions are somewhat introduced and carried out without discrimination or inequality.

Without the proper digital infrastructure and in-discriminatory policies, South Africa will continue to fall behind in digitalization.

Once South Africa has corrected their current issues with regards to digitalization, the country can expect to experience an increase in GDP received increased access to online marketplaces, online gaming and entertainment, and advanced manufacturing and business capabilities.

Challenges of Building a Virtual Entertainment Infrastructure in SA

Online Lottery Gaming Has Several Advantages You Must Know