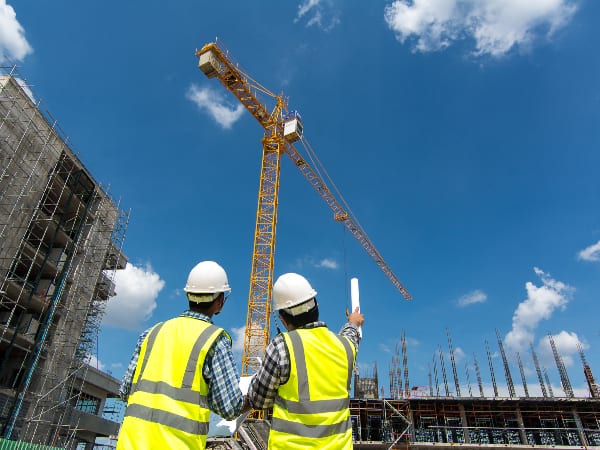 Importantly, the “core” building sector index (excluding the hardware retailers and building material manufacturing sector) rose to 27, from 20 in 3Q2021. Although still very low, this is the best level since
2Q2019.

The better conditions by way of profitability, more so than activity, lifted confidence,” noted Siphamandla Mkhwanazi, Senior Economist at FNB. Much of the improvement in activity and especially profitability was registered by non-residential builders. As such, their confidence rose to 33, from 7 in 3Q2021.

This is the single biggest quarterly improvement since the 1980s. For the residential sector, confidence was unchanged.

“There are indications from the survey that the rebuilding efforts following the social unrest in July continued into this quarter, even accelerating somewhat. Given that order books once again deteriorated, this is likely to be temporary,” remarked Mkhwanazi.

After remaining weak relative to activity since last year, overall profitability among non-residential builders showed a marked improvement. According to Mkhwanazi, “due to a shortage of material supplies, builder input costs have risen much more than consumer and producer inflation of late and contractors have struggled to adjust tender prices accordingly. There seems to be some reprieve this quarter”.

After decreasing to 18 in 3Q2021, architect confidence rose to 30 in 4Q2021. The higher sentiment was supported by an improvement in activity, which was at its best level since 2Q2015. Furthermore, noticeably higher activity was a feature across the various classes of work. “One would expect that with such a significant uptick in activity, confidence would have risen by more.

However, a number of concerns, including delays in the awarding of tenders and the scarcity of high value projects, weighed on sentiment. Nonetheless, the results for architect activity are very encouraging and suggest that there is some building work in the pipeline, albeit in the form of many smaller projects,” said Mkhwanazi. Quantity surveyor activity was also higher. Despite this, confidence retreated to 18.

The confidence of building material manufacturers more than halved to 21, from 55 in 3Q2021. The decline in sentiment was mainly due to a deterioration in production and domestic and export demand, as well as higher production costs. Hardware retailer confidence remained at a very high 77 as sales continued to improve.

“Against expectations, retail hardware sales have remained buoyant throughout the year. Given the restrained growth in activity among main and sub-contractors, the DIY and additions and alterations market, along with the informal building sector, are the main drivers,” remarked Mkhwanazi.

The business confidence of building sub-contractors rose to 30, from 21 in 3Q2021.