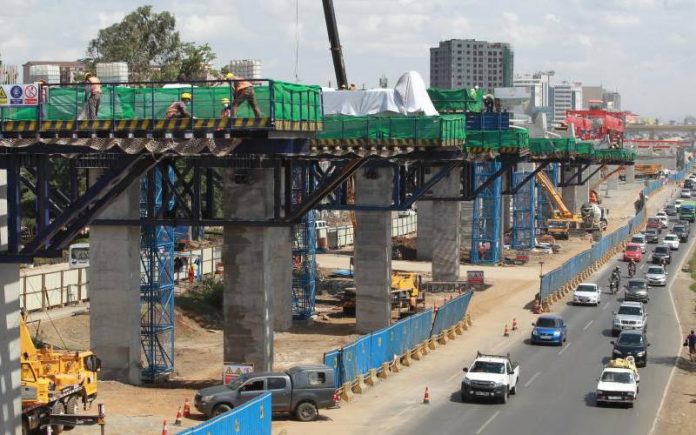 On a year-on-year basis, the total number of construction projects in Africa in 2020 declined by 14.8%, while the total value of projects dropped by 19.8%., a new report has shown.

These three major projects account for a total value of US$99bn, or 24.9% of Africa’s combined project value. East Africa recorded the largest decline in number of projects and value of projects compared to 2019 figures.

African Governments, accounting for an ownership share of 75.8%, remain the largest construction project owners in the continent. Private Domestic firms own 10.4% of the projects, while Consortiums own 7.8%. In terms of funding activities, Governments were responsible for funding most of the projects, particularly projects in the Transport sector (roads and bridges).

Private Domestic firms (include firms headquartered in the same African country where the project is being constructed) were responsible for funding 11.7% (45 projects) of the projects in the continent, while African Development Finance Institutions (DFIs) and International DFIs recorded a funding share of 9.6% (37 projects) and 8.8% (34
projects), respectively.

In the past years, China has established a significant presence in building Africa’s infrastructure projects. In 2020, the country on its own was responsible for building 31.4% (121 projects). The continent’s Private Domestic firms built 28.8% (111 projects), while Consortiums recorded a building share of 15.1% (58 projects).

In 2020, the global economy was hit hard by the COVID-19 pandemic, resulting in both a humanitarian and an economic crisis. The pandemic led to economic lockdowns and worldwide closures of country borders, which were imposed to contain the
spread of the virus.

With an inverse relationship between containment policies and economic activity, global GDP growth is expected to have contracted by -3.5% in 2020 from expanding by 2.8% in 20192– a much larger contraction than seen during the 2008–09 global
financial crisis.

Despite this large drop in global GDP growth, a global rebound of 5.5% is forecast for 2021.3 This forecast will, however, be largely influenced by the intensity of the pandemic in the coming months, including subsequent waves of infections and the possible near-term rollout of a vaccine, as well as supply chain disruptions and volatile commodity prices.

The major drop in commodity prices, particularly oil, is expected to result in fiscal and external account imbalances in most oil-dependent African countries, translating into increased public debt-to-GDP ratios in the short term.

Public debt is expected to mount as countries seek additional resources to enhance their health system capacity and fight the socioeconomic effects of COVID-19, especially as many countries respond to the pandemic through some form of fiscal stimulus package. This could be cushioned for mineral exporting countries by an upswing in commodity prices in 2021.