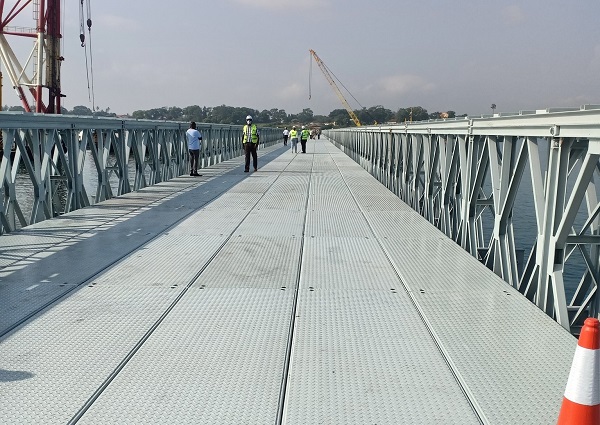 Residents have begun using the newly constructed Likoni floating bridge making it easier for them to walk to and from Mombasa Island.

The floating bridge was officially commissioned in December 10, but the public started using the it on December 25.KPA and Kenya National Highways Authority (KeNHA) are in charge of the operations of the bridge.

The bridge, 1.2 kilometres long, stretches from Liwatoni on Mombasa Island to Ras Bofu (Peleleza) in Likoni.

The $17 million bridge was built by China Road and Bridge Corporation (CRBC), and it is of Bailey type, made of lattice steel designed from prefabricated parts.

It has a six meter wide bridge deck and 715 meter long floating section. In the middle, it has a 150 meter swing opening to allow the passage of ships calling at Mombasa Port to transit through the channel.

Ferries are currently used to transport people and vehicles across the channel, but due to increased demand as the population of the city grows, the viability of the ferry service has become limited.

It is estimated that about 300,000 pedestrians and 6,000 vehicles cross the channel daily, causing immense congestion during peak demand hours.

Coast Regional Commissioner John Elungata said that the bridge will be demobilised at least an hour before ships arrive to allow them to enter or leave the Mombasa port.

“We will put the announcement at the entrance on both sides which will allow the pedestrians to know when to cross. We will ensure that it is utilised well during peak hours,” he said.

Shipping lines agents will also be receiving communication on the same to allow a smooth movement of ships that are entering and leaving the Mombasa port, KPA acting MD Rashid Salim said.

Kenya also plans to construct the Mombasa Gates Bridge (MGB) an ambitious project  that will help connect Mombasa Island with the South Coast. Upon completion the bridge will replace ferry operation, which first began operation in 1937, and the  Likoni floating footbridge. 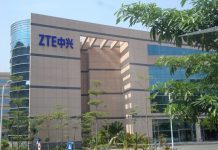