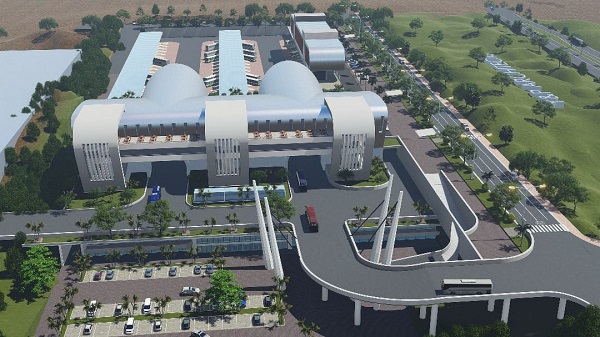 A state of the art bus terminal under construction in Tanzania is set to be the best in Africa when it is finally completed come end of this month.

The Mbezi Luis bus terminal is currently at 90 percent complete an indication that the November deadline is likely to be hit.

President John Pombe Magufuli is optimistic that the new terminal will not only enhance smooth and efficient movement of people but also spur economic growth. In October, he raised concerns about the slow speed at which terminus was being constructed issuing a new deadline of November 30th.

The government is welcoming applications for people interested to start businesses in the terminal. Such opportunities include slots for booking offices, banking, telecommunications, dispensary, laboratory and pharmaceutical services.

Applicants have until November 9-25 to express their interests.

Mbezi Luis bus terminal which is being built at a cost of Tsh51 billion, will accommodate 700 buses and 80 small vehicles. It will also have outside parking capacity of 1,000 vehicles.

The facility is being constructed at Mbezi Luis in Ubungo a district north west of Dar es Salaam central business district. It is located in the western part of the province.

Ubungo was formerly a ward in the Kinondoni District.