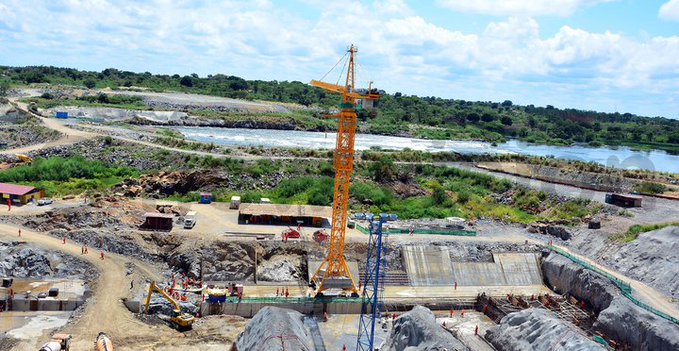 Karuma Dam construction which has been slowed by the Covid-19pandemic is now nearing completion, the project’s contractor has announced.

“The closure of Uganda’s borders and Entebbe International Airport in March in a bid to stop the spread of COVID-19, greatly affected the progress of the project,” Deng told Chinese news outlet Xinhua.

“Chinese engineering personnel could not fly into the country to carry on with the work and also delivery of essential equipment was delayed,” Mr Deng explained.

The Karuma Hydroelectric Power Station is a 600 MW hydropower station. When completed, it will be the largest power-generating installation in the country.

The power station is located at Karuma Falls on the Victoria Nile, at the former location of the Karuma Falls. This location is approximately 2.5 kilometres  upstream of where the Masindi-Gulu Highway crosses the Nile.

It is the second power plant financed by China after the 183 MW-Isimba Hydropower Plant, which was commissioned last year. The commissioning of the 566-million-dollar Isimba contributed to the increase of the total power generated in the country to 1,176.6 MW from 953.8 MW, according to government figures.

China is the leading financier of hydropower projects and power evacuation lines in Uganda according to government reports.