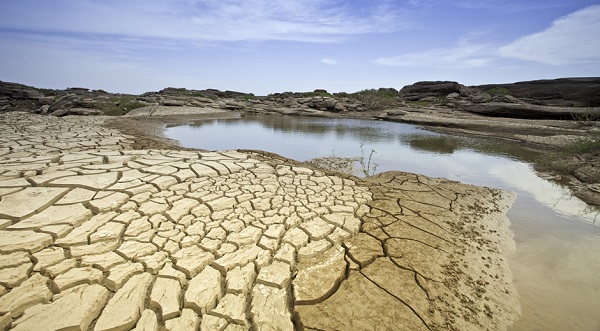 The report dubbed Weathering the Storm: Extreme Weather and Climate Change in Africa, notes that several regions on the continent have experienced destructive extreme weather events.

Examples include events such as the severe floods in South Africa in 2019; floods in 2020 across East Africa affected six million people in Somalia, Ethiopia, Burundi, Djibouti, Kenya,
Rwanda, Somalia, Tanzania and Uganda by destroying livelihoods and homes; drought in 2015–2016 affected more than 15 million people in East Africa (Ethiopia, Kenya and Somalia) and Southern Africa.

Tropical cyclone Idai, one of the most severe ever recorded, made landfall in southeast Africa and was followed the next month by tropical cyclone Kenneth, displacing thousands of people, ruining homes, causing a serious outbreak of cholera and an estimated US$2.2 billion damage to infrastructure.

But attributing extreme weather events entirely to anthropogenic global warming is difficult observes the report, because of natural climate variability. However, the general scientific consensus is that global climate change will lead to more extreme climate events.

In Africa, modelling projections indicate that by the end of the twenty-first century the mean annual temperature increase for much of the continent will exceed 2 °C – or fall within the range of 3 °C to 6 °C if high emissions continue. Heatwaves are projected to occur more often, at higher intensities, and last for longer under enhanced greenhouse gas
concentrations.

Rainfall projections for the continent are less certain because of the complexities involved
in modelling multiple weather systems, but model projections are in general agreement that in comparison to the present, by 2050 there will be decreased rainfall in Northern and Southern Africa and increased rainfall across Central and East Africa).

The likelihood is that the Southern African region will experience landfall from fewer but more intense tropical cyclones. The broad conclusions drawn in the Greenpeace report Facing the Weather Gods, which was published in 2013, still stand.

The expectations include those that the continent will experience more rapid temperature rises than the global average, and will experience increasing variance in rainfall.

Climate modelling has become more sophisticated, but for Africa there is, as yet, no robust evidence that improvements in the resolution of the models have led to significantly improved climate change predictions.

Provision must be made now to build resilience to extreme weather events to safeguard communities across the continent and to ensure food security in future decades.

There is an urgent need to stop greenhouse gas emissions at source in a transition away from fossil fuels and to not address the growing climate crisis simply by relying on adaptation and mitigation alone.