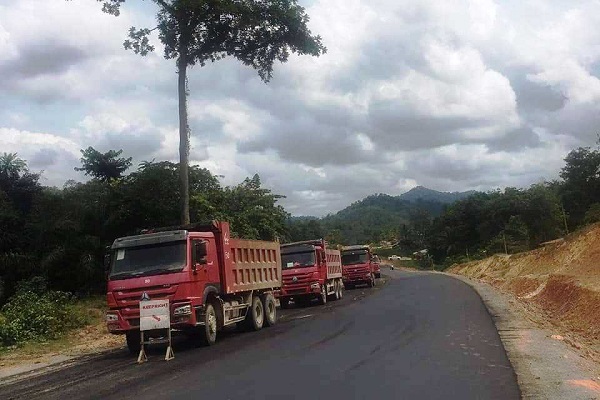 In Liberia, the Karloken-Fish Town Road construction spearheaded by China Henan International Cooperation Group (CHICO) is nearing completion. The road is set to open in May 2021.

The Karloken – Fish Town corridor road project is an Asphalt Pavement which lies in a generally rolling mountainous terrain with a total length of 80.5km, and an average carriageway plus shoulder width of 11.3m. The road carriageway will remain as a 2-lane facility (each lane will be 3.65 m wide). The current status of the project is around 85% completion.

The road project is being sponsored by the government of Liberia and the African Development Bank(AfDB).

“Currently, culvert Construction is at 100 percent the construction of bridges is at 90 percent and the asphalt pavement is 53.1 KM out of 80.5 KM,” David said.

Upon completion, Karloken-Fish Town Road construction is expected to allow access to South East Counties of Liberia and, by extension, to neighboring Mano River Union States. It will also improve socio-economic inclusion of population in south-east region, attraction of investments with employment creation and stronger government presence and boost cross-border trade.

Liberia has not had a good road network since its independence. Only a smaller
percentage of the nations’ roads were paved, while majority of the road network
remained unpaved.

And this situation is particularly worse in the southeastern region of the country, which is the farthest distance from the capital, Monrovia.