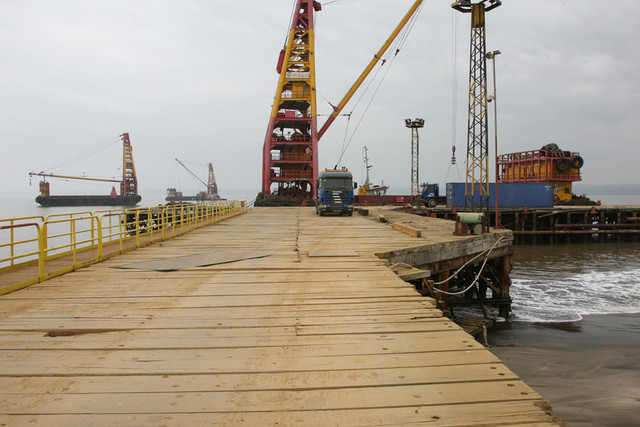 Angola is allowing the resumption of construction work on key projects that were suspended on the onset of the Covid-19 pandemic, the ministry of Transport has announced.

In a decree published Tuesday, the Ministry of Transport allowed the restart of 13 projects in the maritime and port, airport and railway sectors, in different stages of execution.

The projects include;rehabilitation of the runway at the Luanda International Airport, by Mota-Engil, still awaiting the mobilization of resources, and the construction of a breakwater for the new Cais de Cabinda Bridge, a project included in the Integrated Plan for Intervention in Municipalities (PIIM), also to be started.

The list by the Ministry of Transport also includes the construction of the New Luanda International Airport (NAIL), in charge of China National Aero-Technology International Engineering (AVIC).

In May, the Ministry of Transport and China National Aero-Technology International Engineering (AVIC) signed an Addendum to the contract for the New Luanda International Airport (NAIL) construction project.

On the occasion, the Ministry of Transport ensured that the elimination of additional charges made it possible for the execution of the work not to exceed the total amount contracted for completion of the project, estimated at USD 1.4 billion.

Given the size of the infrastructure and its economic and social impact, the main contractor should prioritize the use of construction materials produced domestically, as well as hire national subcontractors for some specialty works necessary to complete this project, according to the review.

The infrastructure will be one of the largest airports in Africa, with a capacity for 15 million passengers/ year, a volume of goods of 50 thousand tons/ year and occupying an area of ​​1,324 ha.

But regular international commercial flights to and from Angola will remain suspended indefinitely as the COVID-19 pandemic worsens in the country.