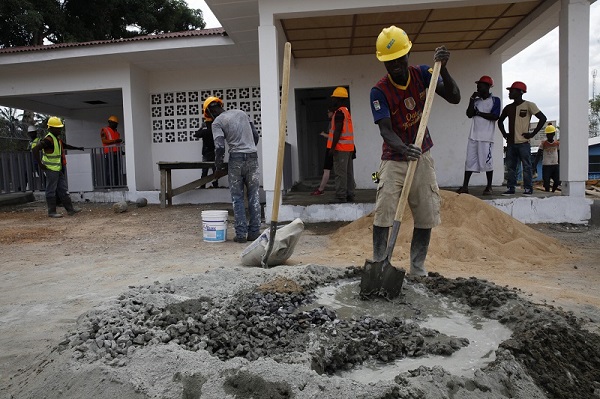 Activities in the South African construction industry fell to a record low in the first three months of 2020, a new report has shown.

The Afrimat Construction Index, a composite indicator of the level of activity in the building and construction sectors, shows  a worrying trend given that the situation, largely do not include the effects of the Covid-19 shutdown.

The index fell 12% year on year, with employment the only sub indice to show an increase, of 0.3%.

Economist Roelof Botha who compiled the construction index says that  it dropped to 97, the first time it came below 100 since compilation of the index started. Not even in 2011 when the industry faced major economic hardship.

“This is frightening, especially considering there was a 33% improvement in construction activity between the first quarter of 2011 and the fourth quarter of 2016,” he said.

And the second quarter will not be any better for South African construction industry, cautions Mr. Botha. Few developers handed in building plans an indicator that the worst is yet to come.

“The biggest decline was in the value of new building plans passed, which fell 25.9%. This really concerns us,” he said.

But there is an opportunity for the South African construction industry to look up says Afrimat CEOAndries van Heerden.

“The proposed infrastructure spend that commits of tens of billions of rands is good news to the industry,” he said.

“This bodes well for companies involved in infrastructure development and throughout the supply chain, particularly the construction sector, and our hope is that this can bring about some recovery and help reduce unemployment levels.” he added.

South Africa president Cyril Ramaphosa has also confirmed that his country was placing infrastructure development at the centre of its economic recovery plan.

South Africa’s economy has been struggling in recent years with major construction companies closing shop or filing for business rescue.

One such company is construction giant Group Five which in 2019 filed for bankruptcy protection putting over 8,000 jobs at risk. Several reasons were given for the fall of the company but a stagnant economy and lower government infrastructure spending was chief among them.

For Mr Botha,  nothing much will change in the industry until the forth quarter where he expects construction activities to spike especially with a steep fall in interest rates.

“There is generally always a spike in the index in the fourth quarter each year as contractors rush to complete projects before the builders’ year-end shutdown in mid-December,” he noted.