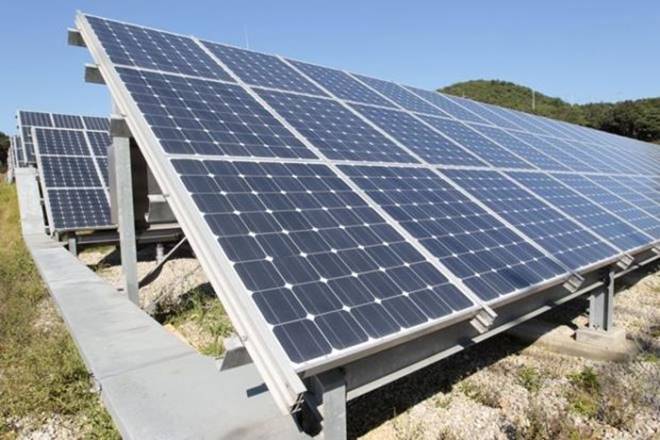 Mega-solar projects – large-scale installations capable of producing upwards of hundreds of megawatts (MW) of power – are generating much-needed electricity in countries all over the world.

In sunny southern Africa, however, a historic lack of public-private partnerships outside of South Africa and, until recently, Zambia, to develop such projects has left much of the region’s vast solar power potential largely untapped.

Today, Botswana and Namibia are poised to change this trend. With support from the World Economic Forum’s Global Future Council on Energy – which includes organizations such as the World Bank Group, International Finance Corporation (IFC), African Development Bank, Africa Renewable Energy Initiative, New Partnership for Africa’s Development, the International Renewable Energy Agency (IRENA), and the US Government-led Power Africa initiative – the governments of Botswana and Namibia are looking to develop a mega-solar project that could add up to 5,000 MW of new solar power over the next two decades.

This multi-phased solar procurement programme will benefit from the partners’ collective expertise in building similar programmes worldwide, as well as from supportive host governments and burgeoning markets in southern Africa that favour secure, reliable, inexpensive solar power at scale.

Here’s why a mega-solar effort for southern Africa makes sense and is achievable:

Abundant sunlight. Botswana and Namibia offer the potential to capture around 10 hours of strong sunlight per day for 300 days per year and have some of the highest solar irradiance potential of any country in Africa, which translates to highly productive concentrated solar power (CSP) and photovoltaic (PV) installations.

Open spaces and low population density. Both countries have sizeable areas of flat, uninhabited land not currently used for productive economic activity, which is conducive to building land-intensive solar PV and CSP installations.

Low-cost, efficient, and smart power-trading potential to meet expected high regional demand. southern Africa may have as much as 24,000 MW of unmet demand for power by 2040. The market for electricity produced by the mega-solar projects in Botswana and Namibia includes 12 other countries in the region that could be connected via new and/or upgraded transmission infrastructure. As battery storage technology advances and costs of solar storage drop below $0.10 per kilowatt hour, solar power becomes an even more cost-competitive solution.

Strong investment, legal and regulatory environments. Botswana and Namibia have strong legal and regulatory environments that will encourage investors to participate in a large-scale competitive procurement programme. Both outpace other countries in southern Africa on the Corruption Perception Index, and Botswana has the strongest credit rating in Africa. Namibia has cost-reflective electricity tariffs, allowing the utilities and developers to see the true cost of supplying electricity.

Access to foreign currency. A key investment challenge for power projects across sub-Saharan Africa is limited availability of foreign currency to permit repatriation of proceeds. Given the active diamond and mining industries in both countries, there should be sufficient foreign exchange available to facilitate outside investment.

Job creation. Developing solar generation creates temporary and permanent jobs through construction, operations and maintenance. Power Africa’s concept study for the Botswana and Namibia projects analyzed six large PV and six CSP projects to generate an estimate of the average number of jobs created per MW of each solar technology type, weighted by the capacity of each project. The study estimated that the development of a 275 MW PV plant and a 500 MW CSP plant could create 27,000 temporary jobs and 857 permanent jobs.

A strong statement of political will for mega-solar

Critical to its success, and in a strong demonstration of political will, the proposed mega-solar project development approach proposes a competitive tendering process that will phase in the solar power – starting with 300-500 MW to meet domestic demand. The intention is that this initial phase will develop the market and build local capacity for managing the required technologies.

The next phase will seek to add 500-1,000 MW to be sold regionally, timed with the completion of regional transmission interconnectors. Ultimately, this mega-solar programme could add another 1,000-3,000 MW or more to be traded across Africa’s regional power pools.

Members of the WEF Global Future Council on Energy continue to meet with officials from Botswana and Namibia to advance this ambitious effort.

At the US-Africa Business Summit in June, the President of Namibia, H.E. Hage Geingob, and Botswana Minister of International Affairs, Dr. Unity Dow, met with Power Africa Coordinator Andrew Herscowitz and World Bank/IFC representatives to discuss next steps. These meetings secured the high-level commitment necessary to start designing an African-led effort to develop mega solar in the region.

To achieve sub-Saharan Africa’s considerable power generation needs, governments and the private sector must work together, think big, move quickly, and push hard. With these mega-solar projects in Botswana and Namibia, that’s exactly what we’re doing.

Beyond Construction: The Challenges of Deploying Mini-Grids in Kenya

Solar power is making huge inroads across Africa, but coal is creating headaches

Transitioning to a Greener Economy

The impact of Covid-19 on South African businesses: A look at casinos