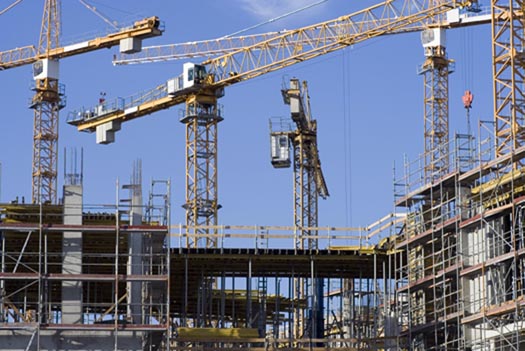 South Africa construction industry will not experience a positive impact regardless of the outcome of the May general election, a new report has shown.

The report by Fitch Solutions shows that while the government has announced an infrastructure fund to bolster the economy, it will struggle to provide more than a modest boost to construction industry growth over coming years.

“It will take some time to build up and allocate the funding, and the South African government’s poor track record with payments to contractors suggests that there will be problems with funding disbursal,” observes the report.

Growth will return to expansionary territory in 2020, but will remain tepid over our long-term forecast period, averaging just 1.0% annually to 2028, says the report.

“As we have previously outlined, there are a number of reasons for this, including weak government support for the construction sector, late payment of contractors, and a lack of project opportunities (see ‘Struggling South African Construction Majors To Concede Market Share’, September 5 2018),” explains the report.

This has led to a painful period of restructuring in the domestic construction sector, with some of the largest companies including Basil Read, Esor Construction, Liviero Civils and most recently Group Five, forced to file for administration.

The exit of these construction majors from the market will severely reduce capacity and keep growth in the sector capped over coming years.

These groups says the report, often demand to be awarded sub-contracts for construction work, in response to anger over high unemployment rates and a perceived lack of local job creation from infrastructure projects.

‘This wave of violence has caused considerable disruption in the construction sector, exacerbating the existing issues in the industry and weighing on growth and investor sentiment,”

A consortium consisting of South African firm Aveng and Austria’s Strabag were forced to pull out of the Mtentu Bridge project in February 2019 as a result of violent threats, and further project suspensions and cancellations are likely unless the government is able to successfully crackdown on armed gangs and provide protection for construction sites.

In particular, foreign firms which will be needed to fill the gaps left by collapsing domestic companies will be deterred from participation in the South African market by these security threats, hindering the sector’s recovery.