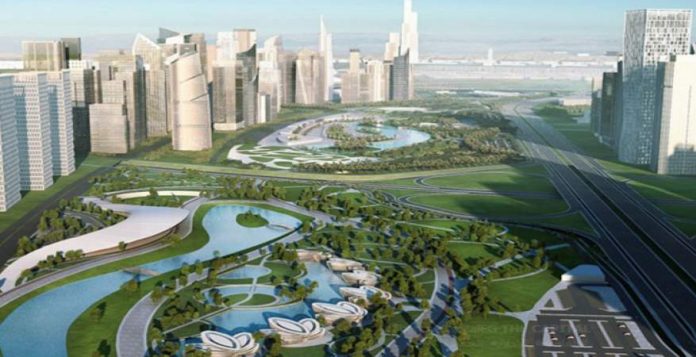 Egypt plans to construct  a central business park in the New Administrative Capital following agreement worth US$834 million in Beijing on Monday with several banks, Housing minister Asem al-Gazzar has said.

The park would include seven skyscrapers, including two administrative towers and five residential towers at a height of 206 meters on a building area of 600,000 square meters.

Mooted in March 2015, the new administrative capital is part of Egypt’s plan to expand urban areas to deal with the country’s rapid population growth rate and improve the nation’s infrastructure.

It is expected to be built over seven years.

The city will also be home to an international airport, public gardens and parks that total 35 square Kilometre (dubbed the Green River) and a residential district offering a total of over 23,000 units. There will be an office park of skyscrapers that will house a 345 metre-long high-rise, the tallest in Africa.

The new administrative capital in Egypt is expected to be a smart city using modern technologies for all services on site.