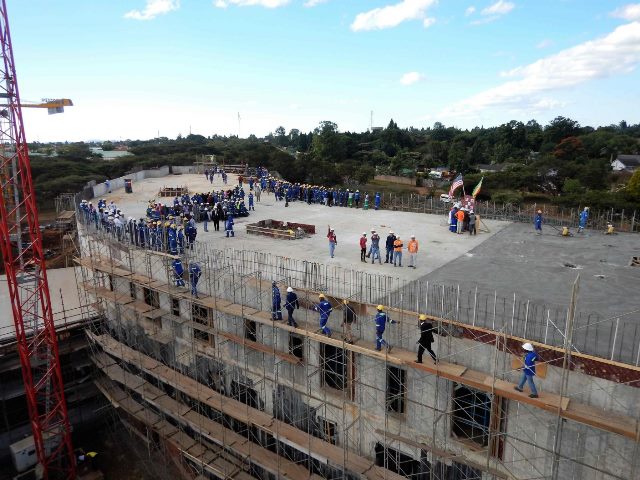 Nearly all major construction projects in Zimbabwe are being undertaken by foreign firms denying local companies the revenues they need to grow and expand, a top official from a construction lobby group ha said.

“It is very disappointing that all major works in the country are being given to foreign contractors on the pretext that Zimbabwe has no money and is therefore unable to negotiate better terms on financing arrangements,” lamented Mr.Mangwendeza.

Speaking to Zimbabwe Independent, Mangwendeza acknowledged that while there may be a need for the engagement of international players in areas where Zimbabwean companies lack the requisite experience, there should be clear guidelines that inform how local firms should work with foreign firms.

“There are issues like the Victoria Falls Airport where not even local labour was engaged and it took the intervention of the then minister of Transport, Obert Mpofu, to get locals employed.,” he said.

“There were no local subcontractors used in that project and it is the same contractor undertaking works at the Robert Gabriel Mugabe International Airport.”

Mangwendeza urged Zimbabwe to emulate Zambia’s modus operandi it is mandatory that any international company subcontracts at least 20% of the work it has to companies owned by locals.

“Around the Harare Airport there are more than five asphalt plants that belong to local players that are lying idle. The foreign firms have set up their own asphalt plant there and obviously have no intention of using local asphalt plants.”

Mangwendeza urged the government to boost the industry financially to help enhance capacity.

Additionally, he called on the government  to simplify tendering procedures and decentralise the procurement process. The procurement regulations need to reflect a desire to protect the local industry, not expose it to international competition.

“There is too much bureaucracy in the system and the ease of doing business must first apply to and be appreciated by Zimbabweans.”

How Africa’s housing crisis can be tackled