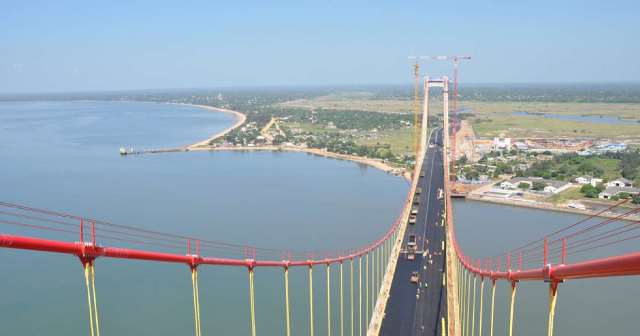 A bridge that has been under construction in Mozambique over the last four years and which is now the longest suspension bridge in Africa has been opened to the public.

The Maputo-Catembe Bridge was inaugurated by Mozambique president Filipe Nyusi, on Saturday 10 November.

The three-kilometre-long suspension bridge, which extends 680 metres over Maputo Bay, has been lauded as a Southern Africa’s latest and greatest engineering feat.

The bridge  which is now among the 60 largest suspended spans in the world, aims to link the capital Maputo with the small and picturesque town of Catembe on the southern edge of Maputo Bay.

“With the completion of this bridge, the connection of southern Africa to the north over land and across our country is guaranteed,” said president Filipe Nyusi.

The project was constructed by China Road and Bridge Corporation at a cost of over US$700m.