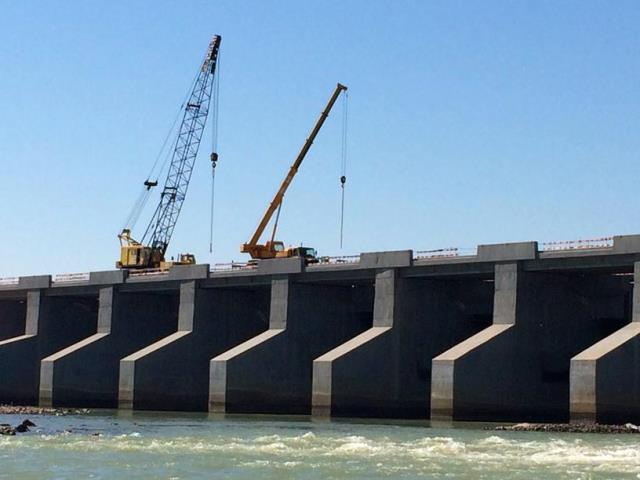 Construction firm Mota-Engil SGPS SA has entered into a joint agreement with Nigerian oil firm Shoreline Group positioning the Portuguese firm to secure projects in Nigeria worth as much as $1.8 billion.

Chief executive officer of Mota’s Africa unit Manuel Antonio Mota said early this week that the projects that they are targeting could potentially make a big difference to the firm’s order book.

“The projects in Nigeria that are currently on the table vary between 20 million euros to 1.5 billion euros,” said Mr Mota on the sidelines of the EurAfrican forum in Estoril, near Lisbon.

Mota-Engil Africa currently has a 3-billion-euro backlog in a continent where it has a strong presence in Portuguese speaking Angola.

Under the new venture, Mota-Engil will hold 51 percent of Mota-Engil Nigeria Ltd. while the Shoreline Group, an independent Nigerian oil producer, will hold the remaining stake.

Mota said the timing to enter Nigeria was “just right,” citing higher demand for building projects as an increase in oil prices bolsters the state coffers of oil producers in Africa.

While the Mota-Engil group is based in Portugal, the company was originally founded in 1946 in Angola, another top oil producer in Africa.

Mota said he expects Angola to soon find a solution for late payments to Mota-Engil, which were triggered by a sharp drop in oil prices that began in mid-2014. Angola accounted for more than half of Mota-Engil Africa sales last year.

“We know that Angola went through a very difficult phase economically but it’s starting to recover,” said Mota. “In terms of late payments, we think there will be a solution in the near future,” he said, without providing details.

Mota-Engil Africa is currently present in 14 African countries, according to the company’s website.

Mota-Engil Africa is no longer focusing on selling shares in an initial public offering, following a failed attempt in 2014 due to deteriorating market conditions.

“We are constantly being approached about this situation,” Mota said. “It’s not a priority at the moment.”