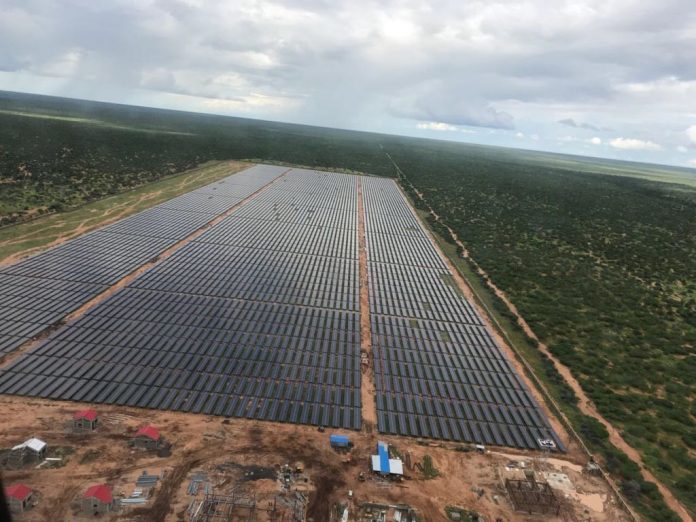 East Africa’s largest solar power plant being constructed in Kenya will be commissioned September, three months earlier than projected, the country’s secretary for energy has announced.

Mr Charles Keter said that construction of the Garissa Solar Plant is in final stages and will be ready for commissioning by September 2018.

“We are ahead of schedule,” he said, adding that  upon being connected to the national grid,the solar plant will reduce the cost of power down to 5.4 cents per unit.

The project is being undertaken by Chinese firm China Jiangxi International Kenya limited.

The company has signed a 25-year power purchase agreement with Kenya Power to sell electricity generated from the solar plant at Ksh12/kWh.

Completion of the Garissa project, East Africa’s largest solar plant is expected to strengthen Kenya’s position in the renewable energy sector in Africa.

The country has already completed construction of the largest wind power farm in Turkana and set to be connected to the national grid.