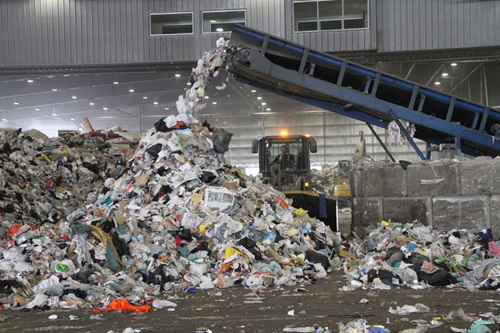 Armech Africa Limited, a subsidiary of the Armech Group, is to construct a $300 million waste-to-energy power plant in Ghana around Tema area to generate 60 MW of clean energy.

Armech Africa Limited, a designer and manufacturer of modern industrial processes, has therefore signed a Public Private Partnership Agreement with the Electricity Company of Ghana to that effect.

The project will be pre-financed by the Armech Group via Industrial and Commercial Bank of China, a Chinese Multinational Bank, without any Sovereign Guarantee from the Government of Ghana.

It will create over 1,500 direct and indirect jobs and will also increase access to green and renewable electricity and lower environmental hazards as well as exposure to harmful pollution.

Construction of the waste-to-energy power plant in Ghana will be done by Energy China, one of the largest comprehensive solutions providers for the power sector and infrastructural project in China and the world.

Andrew Quainoo, the Director of Armech Africa, revealed this to the press during a visit by a delegation of the Armech Group, after a two-day working tour of some selected landfill sites within the Greater Accra Region as part of preparations towards the construction of plant.

He said ARMECH Africa had, since March 2015, signed a Waste Feedstock Agreement with the Ministry of Local Government and Rural Development together with six other metropolitan and municipal assemblies in the Greater Accra Region.

Quainoo said the construction of the plant would significantly enhance environmental sustainability, improve public health, and limit the need for landfill sites, whilst producing the scarce base load renewable energy.

He said his company had the capacity to process the anticipated 3,000 metric tonnes of waste generated daily in the Accra Area to generate about 60 megawatts of clean energy through incineration.

“This waste-to-energy power plant in Ghana will be the first in the Economic Community of West African States and there are plans to develop a second plant in Kumasi, the Ashanti Regional capital”, he said.

Mr Quainoo said an independent study had identified the grave danger to the communities of Greater Accra from toxic leachate, (bio-degraded waste that contain parasites and diseases, which seep from landfills into the water table and the constant emissions from landfill burning.)

Quainoo noted that this intervention by Armech would go a long way to addressing the 3.5 million malaria cases recorded every year, with 900,000 of them being recorded amongst children of less than five years of age.

He said Armech planned to invest in 15 specialised drain cleaning tricks worth over one million dollars and materials collected from the drains shall be ultimately transported to the plant as extra feed stock.

Quainoo called on the Ministry of Sanitation and Water Resources, which is now mandated to solve the sanitation menace in the country to expedite action on the way forward as it is currently reviewing the contract signed with the assemblies.

He appealed to them to focus on the critical intervention that Armech was bringing on board to save the lives, property and provide employment for Ghanaians.