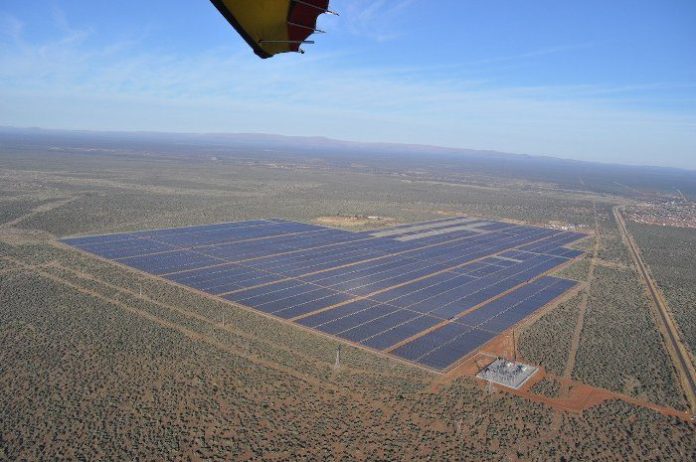 The engineering and technology group SENER and Acciona have announced that Kathu Solar Park concentrated solar power(CSP) plant has been connected to the national grid.

“With this key milestone for the Kathu project, we reassure our commitment to tackling the South Africa’s need for a reliable and sustained energy supply and the improvement of the grid stability,” explains Mr Mbanjwa.

“We have focused on working with local entities and communities in the region, which is why we are executing Concentrated Solar Power Kathu with excellence.”

The Kathu Solar Park CSP Plant is equipped with a molten salt storage system that allows 4.5 hours of thermal energy storage to extend the operational capacity of the plant after sunset and uses SENERtrough-2 collectors, a parabolic trough technology, specifically designed and patented by SENER, aimed at improving efficiency of the plant.

The consortium was awarded the status of preferred bidder on 15 December 2014, following round 3.5 of the South Africa’s Renewable Energy Independent Power Producer Procurement Programme (REIPPPP) – a program led by the South African Department of Energy (DOE).

The Kathu Solar Park is estimated to save six million tons of CO2 over 20 years.