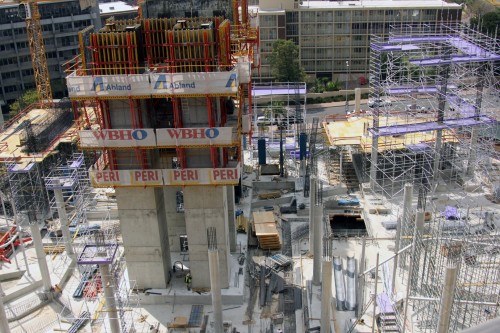 Overall revenue growth of 17% consisted of strong growth of 29% in Australia following the award of a number of large-scale projects in FY17.

The group secured a substantial residential upgrade project in Melbourne that will keep it busy for the next two and a half years.

The company also saw 64% growth from the rest of Africa due to increased activity in Botswana and progress on mining infrastructure projects in Ghana, Guinea and Burkina Faso.

Mr Nel observed that there was 6% decline in revenue from South Africa, partly due to Edwin Construction now being recognised as an associate and exacerbated by subsiding building markets which were only partially offset by good growth from the local Roads and earthworks division.

Activity in the local construction materials market and particularly the supply of long-steel products remains challenging and revenue from Reinforced Mesh Solutions (RMS), before the elimination of inter-company sales, decreased from R433 million to R397 million over the first six months of the year.”

The company declared a dividend of 150c for the reporting period compared with 150c a year before.

“We have had a fairly flat year in terms of operating profit, but I think our fortunes and those of the sector in general are beginning to pick up,” says Nel

Another South African construction firm Aveng reported that strong growth in its Australia subsidiary McConnell Dowell contributed to a profit of R51m in the six months to end-December from a R47m loss in the corresponding period.

WBHO Group bought a 40% interest in UK’s Byrne Group where it had a tough start. But as Nel puts it, the UK market provides a new opportunity for growth. “we are still excited about the UK and expect to see good results in the long term,” he says.