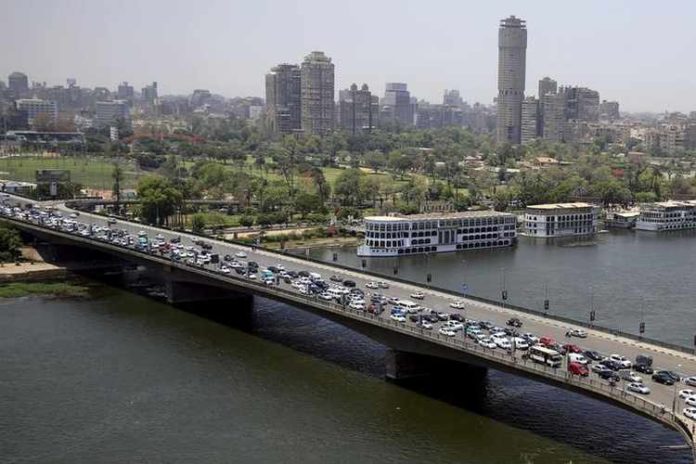 At number one is the 6th October Bridge located in Cairo, Egypt. The bridge is built along river Nile. Measuring 20.5 km the bridge is the longest in Africa.It is actually an elevated highway that crosses the Nile twice from the west bank suburbs, east through Gezira Island to Downtown Cairo, and on to connect the city to the Cairo International Airport to the east. Construction of the project started in in 1969 and completed in 1996.

Third Mainland Bridge in Lagos Nigeria is the second largest in Africa. It was the longest bridge in Africa until 1996 when the 6th October Bridge located in Cairo was completed. The bridge starts from Oworonshoki which is linked to the Apapa-Oshodi express way and Lagos-Ibadan express way, and ends at the Adeniji Adele Interchange on Lagos Island. The bridge was built by Julius Berger Nigeria PLC and opened by President Ibrahim Babangida in 1990; it measures about 10.5 km in length.

This is a road bridge crossing the Suez Canal at El-Qantara, whose name means “the bridge” in Arabic. The bridge links the continents of Africa and Eurasia.The bridge was built with assistance from the Japanese government. The main contractor was Kajima Corporation.Also known as the Shohada 25 January Bridge.  It measures 3.9 km, making it one of the longest bridges in Africa.

At number five is Dona Ana bridge.This 3.67 km long bridge spans the lower Zambezi River between the towns of Vila de Sena and Mutarara in Mozambique, effectively linking the two halves of the country. It was originally constructed as a railway bridge to link Malawi and the Moatize coal fields to the port of Beira.

Armando Emilio Guebuza Bridge is one of the longest bridges in Africa. It is a bridge in Mozambique that crosses the Zambezi River. It connects the provinces of Sofala and Zambezia.It is named after Armando Guebuza, the President of Mozambique. The bridge is 2.37 km long and 16 meters wide.

Qasr al-Nil Bridge is built across the River Nile. Located in Central Cairo, Egypt, this bridge connects downtown Cairo to Gezira Island and the Zamalek district. This steel bridge was designed by Ralph Anthony Freeman. The bridge measures 1.932 km long. At this length it is also one of the longest bridges in Africa.

The Wouri Bridge joins Douala to the port of Bonaberi. It carries both road and rail traffic to western Cameroon. It was built in the 1950s by the French during the colonial period. The Wouri Bridge measures 1.8 km long.

Mkapa Bridge is the longest bridge in Tanzania. It measures 970 meters long. It is built across River Rufiji. It was financed by OPEC, Kuwait Fund and the Government of Saudi Arabia. The loan amount was $30 million.

The Katima Mulilo Bridge is built across the Zambezi River in Zambia. It was constructed in Concor and inaugurated on May 13 2004. The bridge carries the Trans Caprivi Highway.It measures 900 meters long.