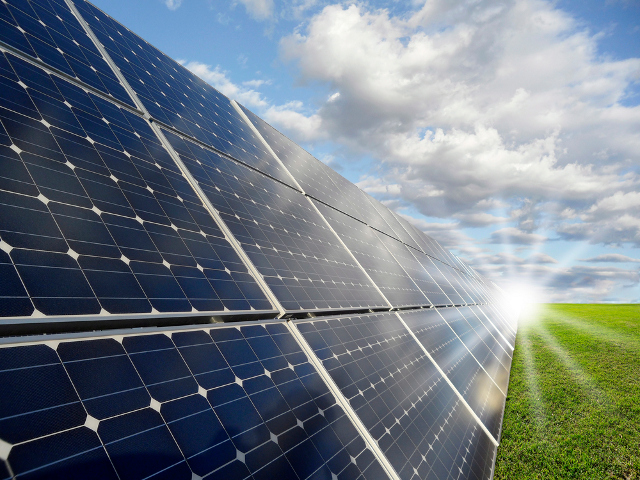 The African Development Bank achieved a 100% investment in green energy projects in 2017, a major landmark in its commitment to clean energy and efficiency.

Power generation projects with a cumulative 1,400 megawatts exclusively from green energy were approved during the year, with plans to increase support for renewable energy projects in 2018 under the New Deal on Energy for Africa.

According to Bank President, Akinwumi Adesina, ‘’We are clearly leading on renewable energy. We will help Africa unlock its full energy potential, while developing a balanced energy mix to support industrialization. Our commitment is to ensure 100% climate screening for all Bank financed projects.’’

The Africa Renewable Energy Initiative (AREI) whose goal is to deliver 300 Gigawatts (GW) of renewable energy in 2030 and 10 GW by 2020, is now based within the Bank, as requested by African Heads of State and Government. The G7 has promised to commit US$10 billion to support the initiative, which came out of COP21 and subsequently approved by the African Union.

On November 8, 2017, the African Bank Group approved its Second Climate Change Action Plan, 2016-2020 (CCAP2) as a clear message of its commitment to helping African countries mobilize resources to support the implementation of the Intended Nationally Determined Contributions of Regional Member Countries, in ways that will not hinder development.

The approval of the action plan echoes discussions at COP23 in Bonn, Germany to strengthen the global response to the threat of climate change and achieve the Paris Agreement’s goal of keeping global temperature rises to 1.5C.

The CCAP2 is designed to incorporate the Bank’s High 5 priorities in the Paris Agreement, the 2030 development agenda, the Bank’s Green Growth Framework and the lessons learned in the implementation of the first climate change action plan (CCAP1), 2011-2015

As part of its wider mandate under the New Deal on Energy for Africa, the Board of Directors of the African Development Bank on December 15, 2017, approved an investment of US $20 million in the Evolution II Fund −a Pan-African clean and sustainable energy private equity fund.

The Bank’s investment in Evolution II Fund reflects the High 5 development priorities of the Bank, the agenda to light up and Power Africa, and the Bank’s commitment to promote green energy and efficiency in Africa.

The Evolution II Fund is expected to contribute to green and sustainable growth by creating 2,750 jobs and building on the track record of the Evolution One Fund (which created 1,495 jobs, of which 20% were for women, and generated 838 MW of wind energy and 87MW Solar PV energy).

It is estimated that the Evolution One Fund achieved 1,190,469 of Carbon dioxide (CO2) emission savings annually

In line with its commitment to renewable energy and ongoing institutional reforms, in the first quarter of 2017, the Bank appointed Ousseynou Nakoulima as the Director for Renewable Energy and Energy Efficiency.

He brings global experience in developing and managing programs and partnerships for driving renewable energy, from his work at the Green Climate Fund.