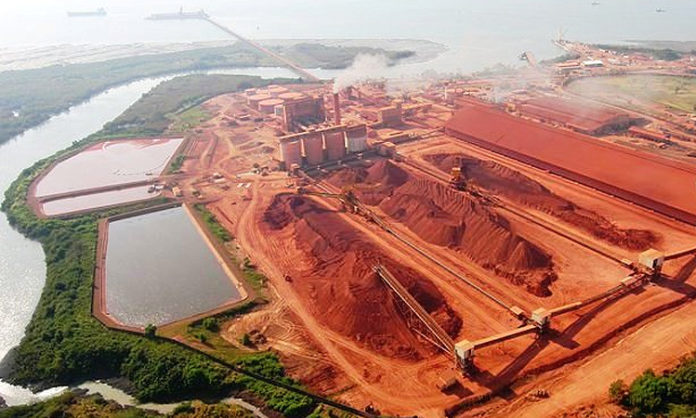 The African Development Bank says it has approved a USD100 million loan for a railway, port and mine construction in Guinea.

The money will help to construct a new bauxite mine that is operated by Guinea Alumina Corporation, a subsidiary of Dubai-based Emirates Global Aluminum.

Also to be constructed is a container terminal in the port of Kamsar, as well as the rehabilitation of 143 km of railway track.

The completion of this infrastructures slated for 2020, is to increase the annual production capacity of the bauxite mine to 12 million tonnes, exclusively for export, AfDB said in a statement.

The bank expressed confidence that the project will contribute to the fight against poverty by creating jobs, especially for young people, often forced to take the road of the migration, for lack of prospects on the spot.

“There is no doubt that the project will have a significant impact on the economy of northwestern Guinea, which intends to take the opportunity to boost commercial activities and unlock the region’s agricultural potential,” said the Bank.

Railway, port and mine construction in Guinea responds to the country’s Vision 2035, which focuses on economic governance and infrastructure development, particularly in the extractive industries.

It is also in line with at least two of the Bank’s five strategic priorities, High 5: “industrialise Africa” and “improve the lives of people in Africa.”

Guinea has about a third of the world’s bauxite reserves, which are refined and smelted to make aluminium. But annual production has lingered below 20 million tonnes for years, largely due to political instability.