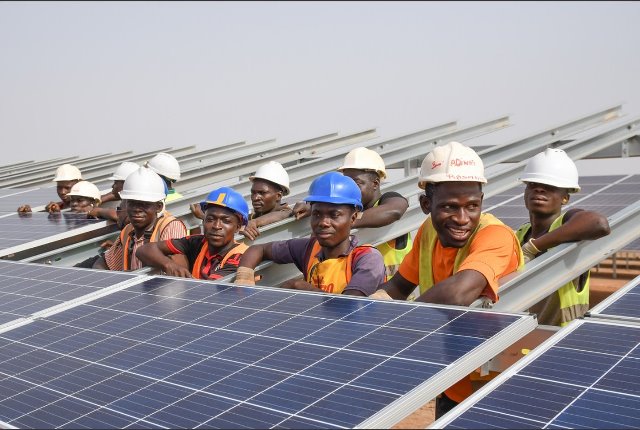 Burkina Faso has launched West Africa’s largest solar power plant in a deliberate move by the country to boost renewables and cut energy dependence on its neighbours.

The €47.5-million project has been funded in part by €25 million donations from the European Union and a loan of €22.5 million from France’s development agency.

The West Africa’s largest solar power plant sits on a 55-hectare plant at Zagtouli on the outskirts of the capital Ouagadougou. It is set to provide 33 megawatts  sufficient to to power tens of thousands of homes in the country.

The plant which has been undergoing testing for the past six weeks producing 14 MW. But production is expected to reach a peak of 33 MW during December depending on available sunshine.

The country aims to meet 30% of its electricity needs from photovoltaic solar panels by 2030 with plans to become self-sufficient in electricity production.

A 17 MW extension is already being planned at the Zagtouli site to take overall production capacity to 50 MW.

Other schemes in the pipeline include two solar plants, one further west at Koudougou (of 20 MW) and a 10 MW version at Kaya, northeast of the capital.

AFP reports that Cegelec, part of the French firm Vinci Energies, built the facility, designed to be a pilot scheme.