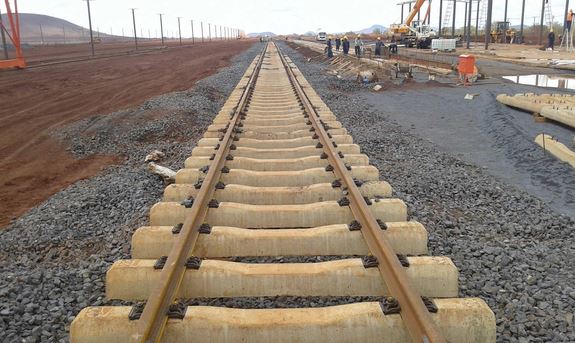 The East Africa Community has approved US$55b to be used in infrastructure development in the region.

The fund was approved last week during the fourth extra-ordinary sectoral council of Transport, Communication and Metereology (TCM) during its session in Arusha Tanzania.

The main aim of the infrastructure projects is to connect member states and ultimately boost intra-trade in the region.

Steven Mlote  who is the deputy secretary general in charge of Planning and Infrastructure at EAC said that the projects would have high impact on socio-economic growth.

“The transport links would also connect the bloc with the neighbouring states and would require over US$ 55b,” he said.

Read:East Africa to benefit from China’s Belt and Road Initiative

Infrastructure projects currently underway in East Africa include the Hoima-Tanga oil pipeline, a mega hydropower project at Stiegler’s Gorge along Rufiji river, The Lapsset project in Kenya among others.

The first SGR in the region between Mombasa and Nairobi has been completed and is now being extended to Malaba on the border with Uganda with a spur to South Sudan and Rwanda.

EAC will heavily rely on its development partners to make the projects a reality. Recently, African Development Bank(AfDB) granted US$1.5 million for the construction of East African Community road project.

The grant was confirmed through a Memorandum of Understanding signed between the African Development Bank East Africa Regional Resource Centre (EARC), and the East African Community (EAC).