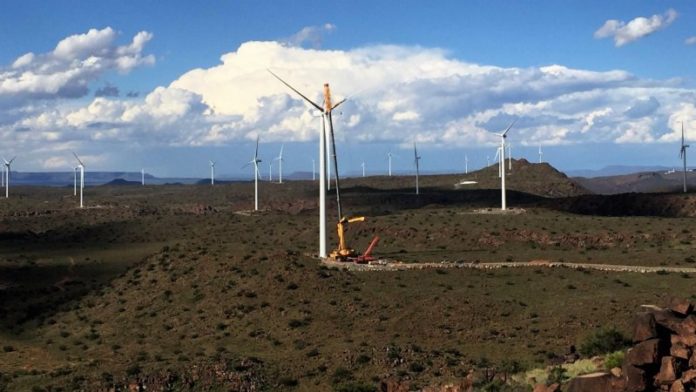 A mega wind power project in South Africa’s De Aar, Northern Cape Province that has been constructed with the help of China has started operation.

Speaking at a launching ceremony Friday, MN Jack a member of the Executive Council for Finance, Economic Development and Tourism in Northern Cape Province said that the project makes a positive contribution to the local energy structure and the economic development.

“We hope that all the local people are going to maximize the benefits and job opportunities offered by the project,” he said.

The mega wind power project was officially unveiled on Saturday and is expected to meet  electricity demand of 85,000 people in the area.

The new wind power project will help save 215,800 tons of standard coal and emission reduction of 619,900 tons of carbon dioxide.