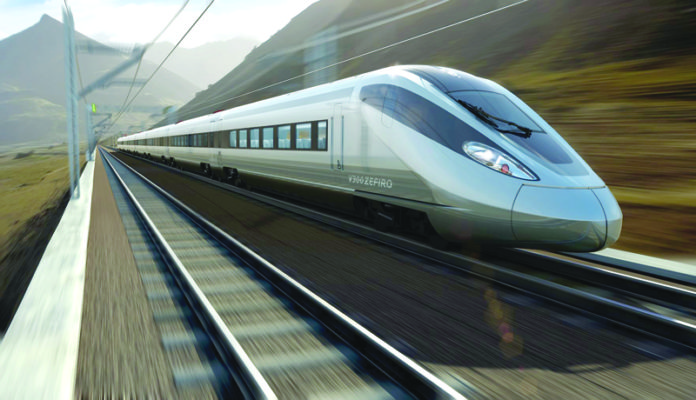 A unit of China Railway Group Ltd said it will began preliminary work on a $1.24 billion-worth light rail project in Egypt within two to three months, marking China’s debut rail project in the country.

China Railway Eryuan Engineering Group Co Ltd, as the prime contractor, said on Wednesday: “Upon completion,light rail project will have the capacity to accommodate 340,000 passengers daily, and reduce traffic time between Cairo and the under-construction new administrative capital, as well as the 10th of Ramadan City, by about 30 percent.”

The light rail project is expected to cover a distance of 66 km with 11 stops, connecting the capital Cairo with the under-construction new administrative capital, and distant districts of Greater Cairo including Al-Salam, 10th of Ramadan, Obour, Badr and Shorouk. It has a designed maximum speed of 120 kilometers per hour.

That’s according to an agreement recently signed between a consortium of Chinese firms and the Egyptian Ministry of Transport.

Apart from easing the regional traffic situation, the light rail project will also create new jobs for Egypt and promote the local construction industry, Han was quoted as saying by China Radio International.

The Egyptian side attaches great importance to the project’s construction and met with the Chinese consortium earlier to negotiate key issues in the contract, he added.

The Egyptian government put forward a plan in 2015 to build a new administrative capital, east of Cairo, covering an area of 700 square kilometers to relieve the great housing and transportation pressure.

Last year, bilateral trade in goods reached $11.3 billion, down 12 percent year-on-year, ranking Egypt as the third-biggest African trading partner with China, according to the General Administration of Customs.

In the same period, China’s exports to Egypt dropped 9.92 percent year-on-year and imports decreased by 39.8 percent.

China mainly exports mechanical and electrical products, vehicles and accessories, and steel and steel products to Egypt, and imports crude oil, stone, lubricant, citrus and ore from the country.