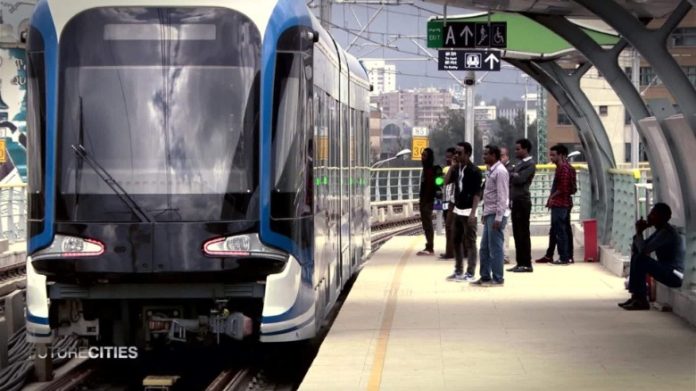 Posting an economic growth of 10.8% since 2016, Ethiopia has been able to put a significant gap between them and Kenya East Africa’s economic giant. In monetary terms, Ethiopia has opened a gap of about $29 million over Kenya.

Ethiopia’s economic growth is hinged on public-led spending on infrastructure and a strong demand by locals. It has also recently become an destination of choice for particularly Chinese investors.

‘‘Non-resource-intensive countries, such as Ivory Coast, Ethiopia, Kenya, and Senegal, generally continued to grow robustly, benefiting from strong domestic demand and high levels of public spending, though in some cases, growth eased from 2015,’‘ an IMF report released in April 2017 read.

Another factor believed to be driving the economy is the country’s large population – which is almost double that of Kenya.

Ethiopia’s economy since 2015 has been on an upward trajectory since the government moved to modernise its roads, railway and power plants. They are on cue to have Africa’s biggest hydroelectric dam upon the completion of work on the Grand Ethiopia Renaissance Dam (GERD).

Even though landlocked, the country continues to make giant strides in trying to industrialize. The country is now connected with Red Sea port nation of Djibouti via an electric railway that was launched last October.

It also recently announced huge profits in the area of power supply to neighbouring countries including Sudan and Djibouti. They have also signed agreements to supply Tanzania and Kenya with power as generation capacity increases.

The battle for economic dominance in the East African region is expected to be fierce in the coming years thanks to Tanzania’s resurgence and a fast growing Rwanda.